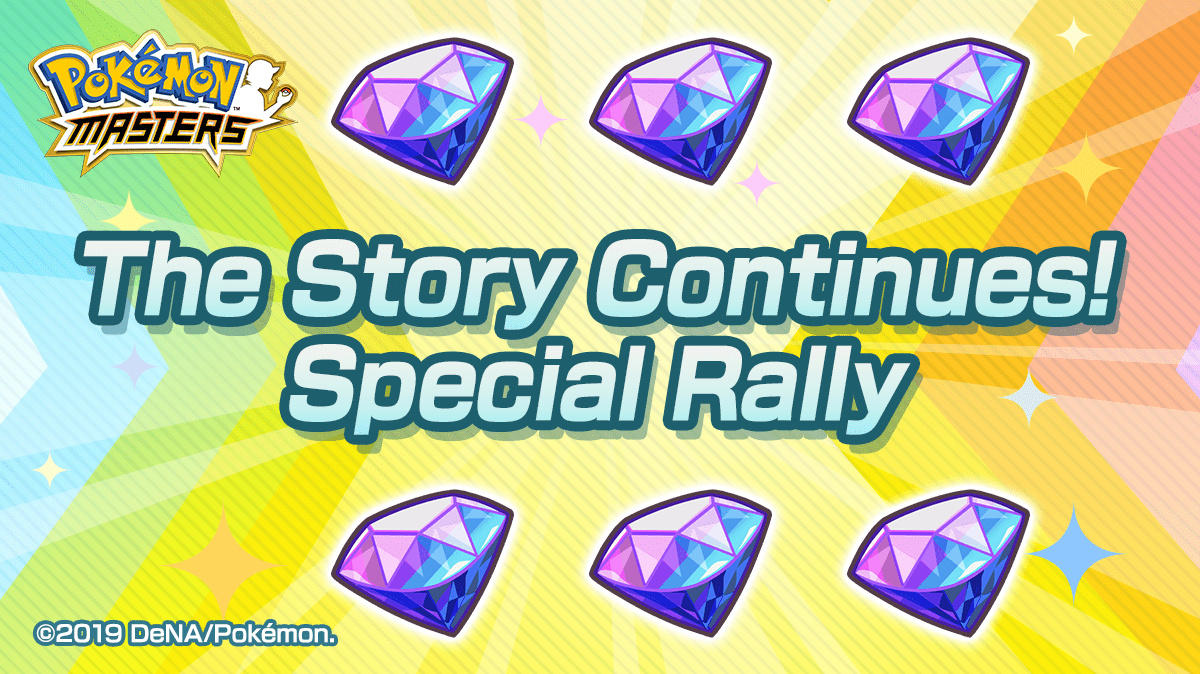 DeNa’s anticipated Pokemon Masters update arrives today, adding three new story chapters to the game. Once completed, players will have the option to use the new Calem and Espurr sync pair. Calem is, of course, a Trainer from Pokemon X and Y.

DeNA also announced that players can now have the game’s Main Character pair up with Torchic, the Fire-type Pokémon from Pokemon Omega Ruby and Alpha Sapphire. This is the first time in Masters that the main character will be able to pair up with a Pokemon other than Pikachu.

Released in tandem with today’s update is a special in-game event called “The Story Continues! Special Rally!,” which is available for a limited time from now until Nov. 28. Completing it rewards players with up to 2,000 gems for playing special missions and logging into the game.

A further login bonus of up to 4,200 gems is also available to earn for players that login consecutively for 14 days, available until Dec. 2.

You can check out some screenshots below.

Today’s update release spearheads a new initiative from DeNa to improve and expand on Pokemon Masters after negative feedback had forced an apology from the developer.