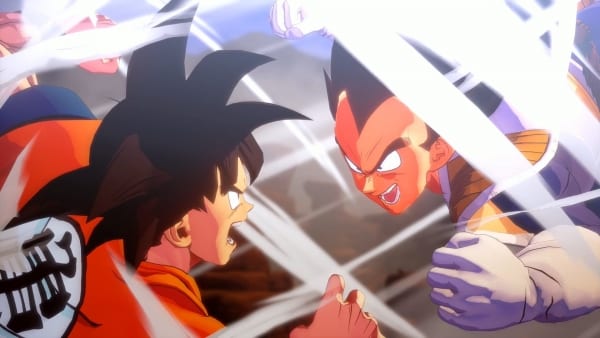 Dragon Ball Z: Kakarot has a number of playable characters, despite Goku’s name being front and center in the title. Bandai Namco’s new video, which you can see down below, showcases their abilities.

I’m sure many fans would agree that there’d be a bit of an uproar if players couldn’t control anybody from Goku’s surrounding cast.

Thankfully, that isn’t the case, with previous gameplay videos showing Piccolo and Vegeta in action.

This time around, Bandai Namco has gone into specifics in regards to support character abilities and a few playable character details.

Goku will be able to take up to two support characters into battle, and they each have different skills . Krillin, for instance, can use Solar Flare to stun foes, while Yamcha can draw enemies’ attention to himself.

As for the Dragon Ball Z: Kakarot playable characters, only Piccolo, Gohan, and Vegeta are shown off here, but they can be controlled on the world map.

Different side quests are available depending on who you’re controlling as you explore the world, so trying everyone out can pay off.

Check out the video below to see the playable and support characters in-game:

If you’ve seen enough of Dragon Ball Z: Kakarot to warrant a pre-order, you can make the early purchase here before it launches on Jan. 16.