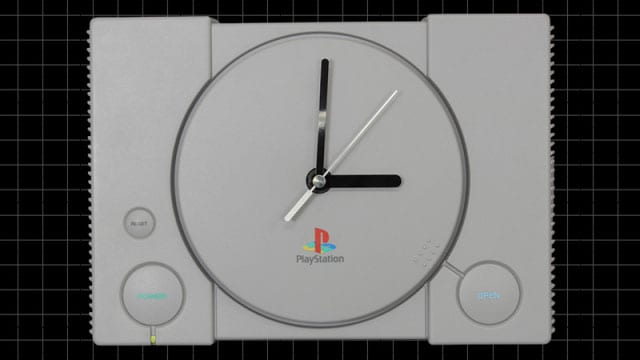 The original PlayStation is certainly an iconic sight for Japanese gamers, and they’ll soon have a way to use it as… furniture of sorts.

You may know FuRyu for the games it makes, but it also manufactures figures and other goods, including prizes for amusement machines, and that’s exactly what the recently announced PlayStation products are.

The first is a wall clock, while the second is a pillow. Both will be available in Japan by playing coin-eaters like UFO catchers and similar.

You can see what they look like in the gallery below.

This isn’t the only non-functional PlayStation-like items coming to Japan over the next few months, as the iconic classic console is also getting a plastic model kit by Bandai Spirits, the maker of the popular Gunpla.

Incidentally, if you happen to travel to Tokyo and want to grab one of those items, I suggest avoiding feeding tens of 100 yen coins into the UFO catchers, as actually getting a prize without spending a fortune is really difficult.

This kind of prizes is normally sold at several second-hand stores in Akihabara or Nakano Broadway for a fraction of what most would spend if they actually tried to win them the normal way.