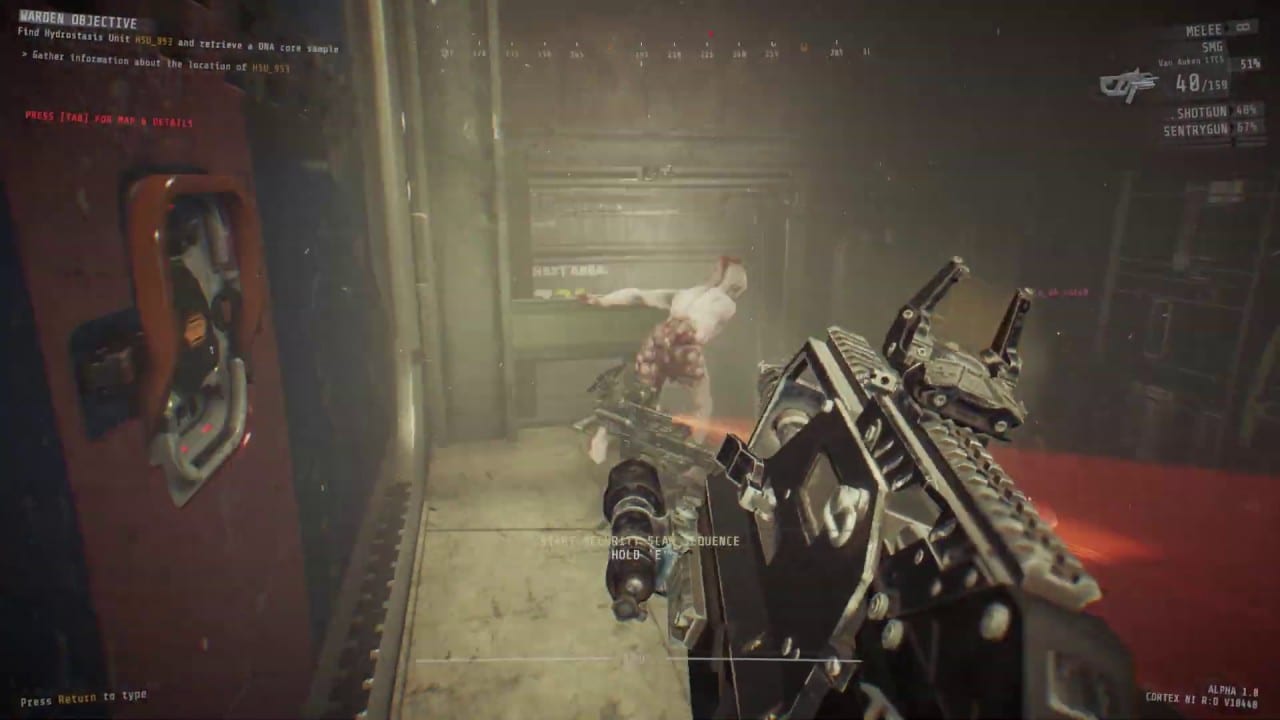 Developer 10 Chambers Collective has today announced that its upcoming four-player survival-horror co-op game GTFO will feature a new mode called The Rundown when it launches in Early Access later this year.

The Rundown is a system designed to dynamically rotate in-game objectives to keep GTFO feeling fresh. A countdown timer will see mission objectives wiped and replaced after a certain amount of time. The idea is to compel the game’s community to focus on a common set of expeditions.

Gamers will be always able to come back to GTFO for fresh new challenges that they can take on with their hardcore gamer friends.

“Each work order in the Rundown represents an expedition into a different part of the Complex where the environment, the population of monsters, the objective, and other conditions can all be vastly different and offer diverse gaming experiences.”

“GTFO’s Early Access phase will be exciting – we will test this Rundown concept: How many expeditions should be in a Rundown versus how long it lasts, what kinds of flavors different expedition can have, etcetera.

It will be a period of trials and experimentation that we think will be very interesting for the hardcore co-op gamer crowd who also want to follow the game’s development closely.”

An accompanying video to today’s announcement puts a spotlight on The Rundown in greater detail, which you can view below.

I previewed GTFO back at E3 2018 and had an absolute blast, which you can read all about here. A recently published gameplay trailer showcases many of improvements 10 Chambers has made since that preview.