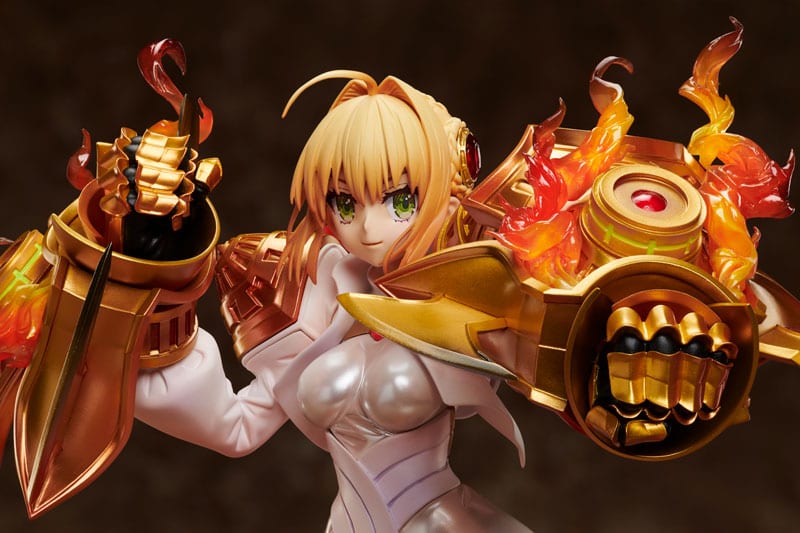 While Fate/Extella isn’t as popular as Fate/Grand Order figure manufacturers are still portraying its characters quite often.

She will be released in April 2020, so there’s quite a bit of lead time before she comes out.

She is sculpted by Ozawa Shingo and Ema Tokio (Sawada Kobo) in 1/7 scale, standing at 21 cm tall without its pretty substantial base.

The set includes the main figure, gauntlets and the helmet in two versions, on top of the base.

If you’d like to know what she looks like, you can check out plenty of images in the gallery below.

If you’re interested in Fate/Extella figures, you can also check out Gilgamesh by Union Creative, who was released just a couple of months ago.

The latest game of the series is Fate/Extella Link, that released for PS4, Switch, PS Vita, and PC back in March 2019.