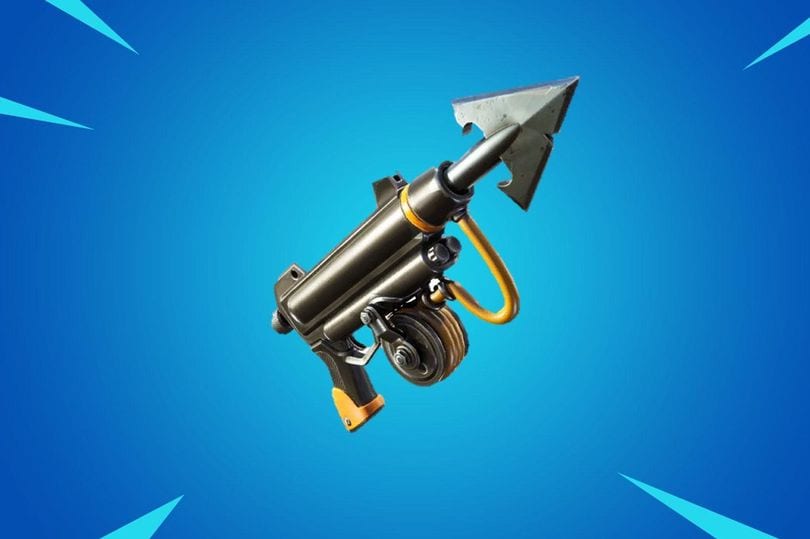 A new content update has just been pushed out for Fortnite, and it turns out that Epic Games has just stealth dropped the long-awaited Harpoon Gun in Fortnite.

The news comes via Reddit and some popular dataminers over on Twitter, as Epic hasn’t posted any patch notes yet. It remains to be seen whether or not we’ll get any patch notes at all.

The new weapon is of blue rarity (rare) and deals out 75 damage to other players. It also has a number of other uses, too, such as being able to one-shot wooden structures, and being able to fish with it to immediately reel in a catch, as you can see in the clip below.

The Harpoon Gun is the first new weapon to be added into Fortnite Chapter 2 via a content update. The weapon began appearing in the game earlier today, with players reportedly finding it just less than an hour ago on Reddit.

Exactly why Epic Games opted to not post the patch notes or notify players of the content update releasing today remains to be seen, but fans aren’t pleased with the decision.

A handful of threads on Reddit have already appeared voicing fans’ displeasure with being left in the dark on the new content coming to the game, as well as any balance tweaks and adjustments. Here’s hoping it’s just a one-off mistake on Epic’s part.

Fortnite is available now on basically all platforms, and you can hook in some catches and eliminations with the new Harpoon Gun in-game now. Looking for some tips and tricks for the new season? Check out our Fortnite Chapter 2 guide wiki.