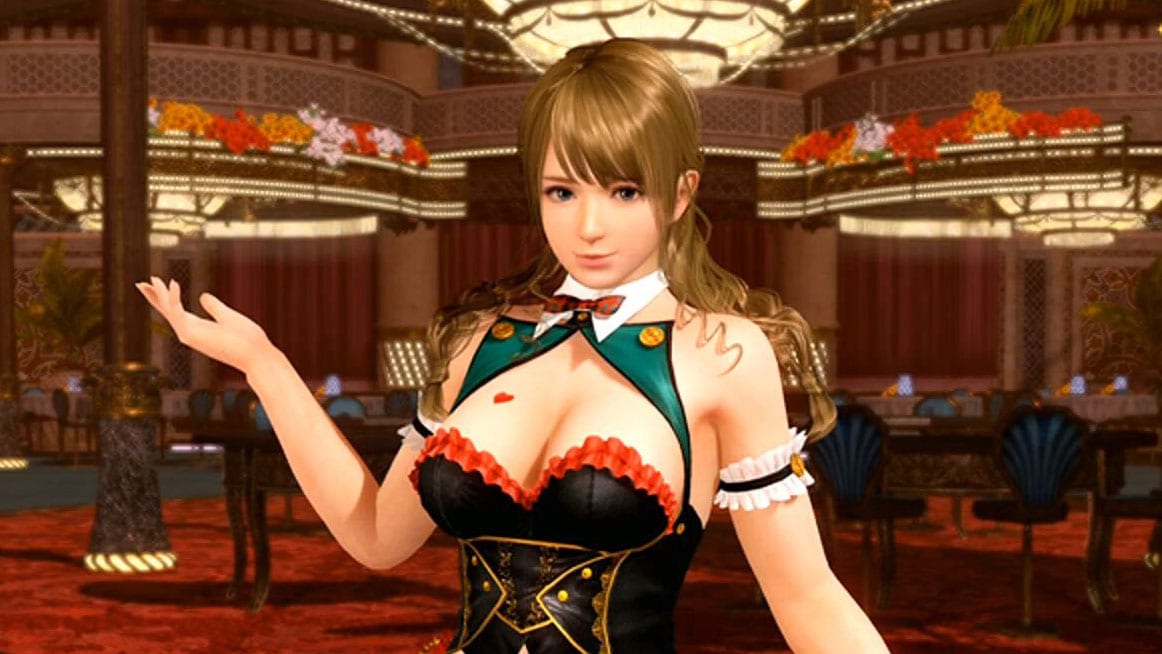 Today Koei Tecmo is hosting the Dead or Alive Festival 2019, and the publisher just delivered news about Dead or Alive Xtreme: Venus Vacation.

Firts of all, we get some statistics.

Below you can see the girls and teams ranked by matches played in the past three months, when players have started playing the game (with the majority having been along for the ride since early in the game’s lifetime), favorite furniture for the Owner Room, and favorite swimsuit.

We also learn that another live broadcast is coming soon, which means more free goodies for everyone.

Below you can check out the results of the swimsuit design contest. In order we see the winners of the cute and sexy categories.

They will be implemented in the game today at 2:30 PM Japan time alongside a Swimsuit Design Contest Pack.

After that, we get some interesting news. On top of the implementation of a gacha with bunny girl outfit for necomer Monica and Luna, Koei Tecmo is releasing a new activity, the Casino.

Below you can see a trailer and the first gameplay showing the Blackjack table. The second video also shows the new swimsuits, items, and features coming with the update.

This is actually the first time a new girl is made available without requiring real money before the next one is implemented.

Both the new outfits and the casino have just been made available in-game, so you can go and play right now.

The usual “real gacha” was also held, meaning that everyone is getting free goodies including a SSR ticket for the anniversary gacha mentioned above, a normal SSR gacha, plenty Trend Gacha tickets, and five VIP coins.

Of course, the voice actresses on stage opened the gacha machine to pick and choose the best prizes. That’s pretty much a tradition by now.

Do keep in mind that this is valid only for the Japanese version of the game via DMM. The Steam version in English is behind in content by approximately a year.