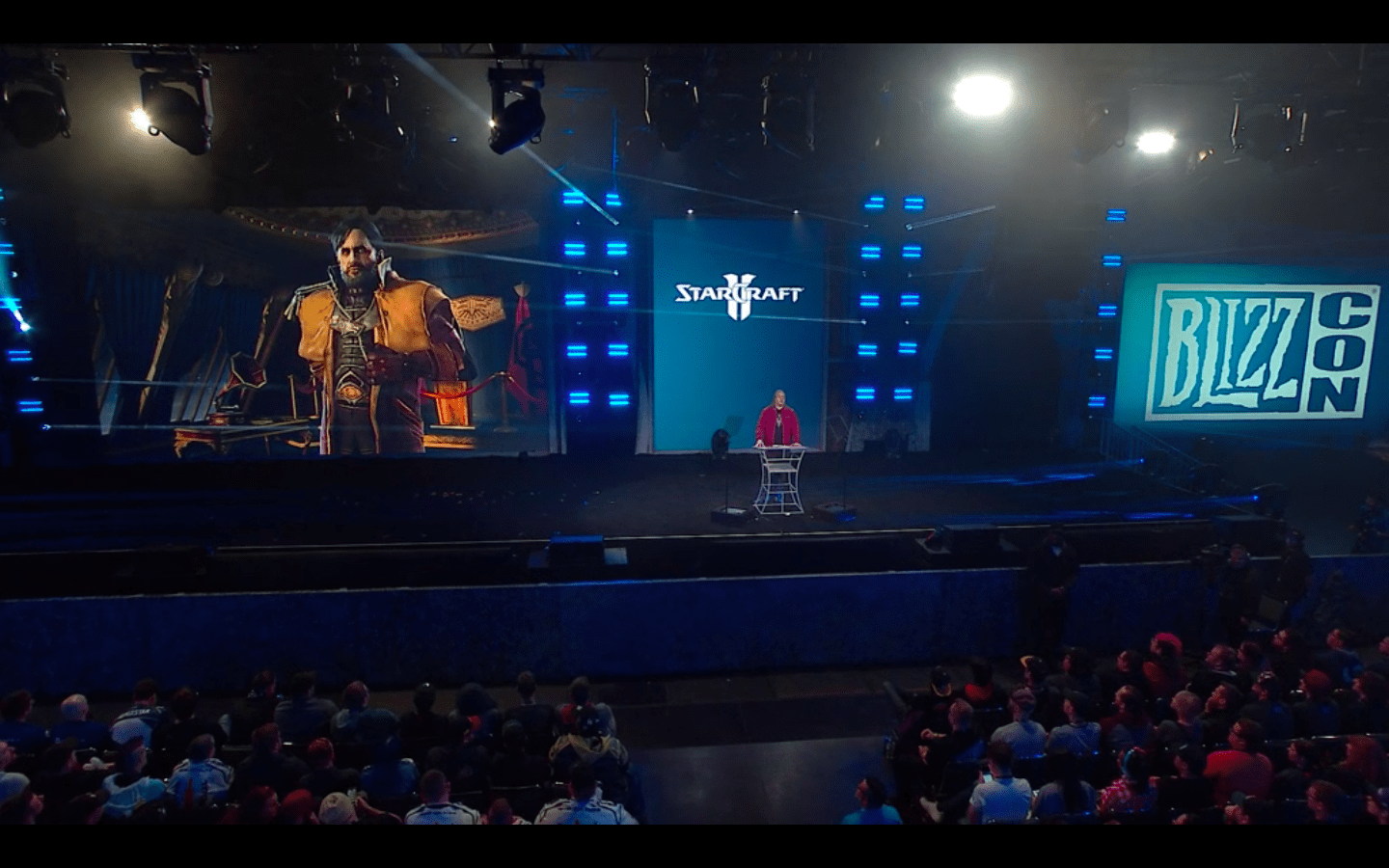 Today during the Blizzcon 2019 opening ceremony, Blizzard confirmed that the next playable co-op commander for StarCraft 2 will be the iconic series villain Arcturus Mengsk.

If you’re behind on your StarCraft lore, Mengsk is the guy who once was allies with heroes Jim Raynor and Sarah Kerrigan before he backstabbed the two of them, and left Kerrigan for dead with the Zerg. Kerrigan would be transformed into the Zerg Queen of Blades and proceed to slaughter pretty much anyone she could get her claws on in revenge.

Mengsk, a master politician though, was able to spin public opinion and eventually became Emperor of the Terran Dominion and was able to convince the general population that Raynor was an evil rebel. This of course is where the StarCraft 2 story picks up in Wings of Liberty.

Details on how Mengsk will play are currently limited but he will be playable at Blizzcon 2019. We’ll keep an eye out and update this post as information trickles out about his gameplay.

StarCraft 2’s multiplayer modes are now free to play, but certain co-op commanders must be bought. Mengsk will likely be a premium commander, based on recent history.

Although StarCraft 2 is known for its PvP RTS gameplay, the co-op mode has been well received by fans and continues to receive support alongside the traditional 1v1 competitive modes.