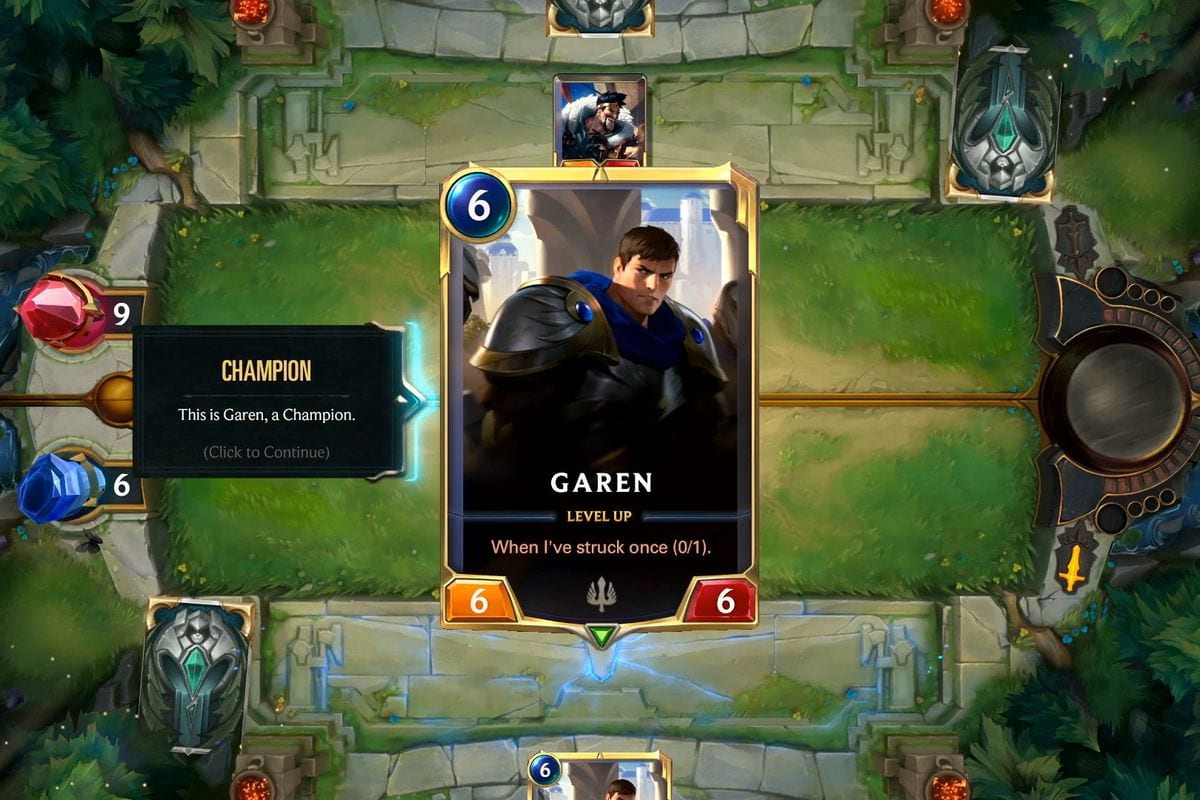 Riot Games had plenty of new announcements to share during its 10-year anniversary livestream event, including the reveal of Runeterra, a competitive digital card game based on League of Legends lore coming next year.

Runeterra is, of course, the fictional universe in which League of Legends takes place, and we’re told that different cards will be unlocked during the game by visiting each of its different regions. This includes regions like Demacia, Noxus, Freljord, Piltover, Zaun, Ionia, and the Shadow Isles will all feature in the game and they’ll serve as the homelands for familiar Champion characters.

An overview trailer posted after the stream showcases some of the cards in action, Draven, Garen, Fiora, and Teemo. From what we understand, the game will feature both the current League of Legends Champions and all-new characters from the world of Runeterra.

One thing Riot made clear during the broadcast is that players won’t have to pay for randomized card packs to unlock cards.

The developer is following in the footsteps of rivals Blizzard and Valve as it attempts to expand the League of Legends franchise with different spin-offs. They’ll be hoping to emulate the success of Hearthstone rather than the failure of Artifact, of course.

Legends of Runeterra will launch sometime in 2020 for both PC and mobile. You can already pre-register your interest in the game and apply for a five-day demo here. but pre-registration is open now for both its mobile and PC versions.

You can check out the overview trailer below:

In related news, a mobile and console port of League of Legends called Wild Rift was also announced during the stream and is coming next year.