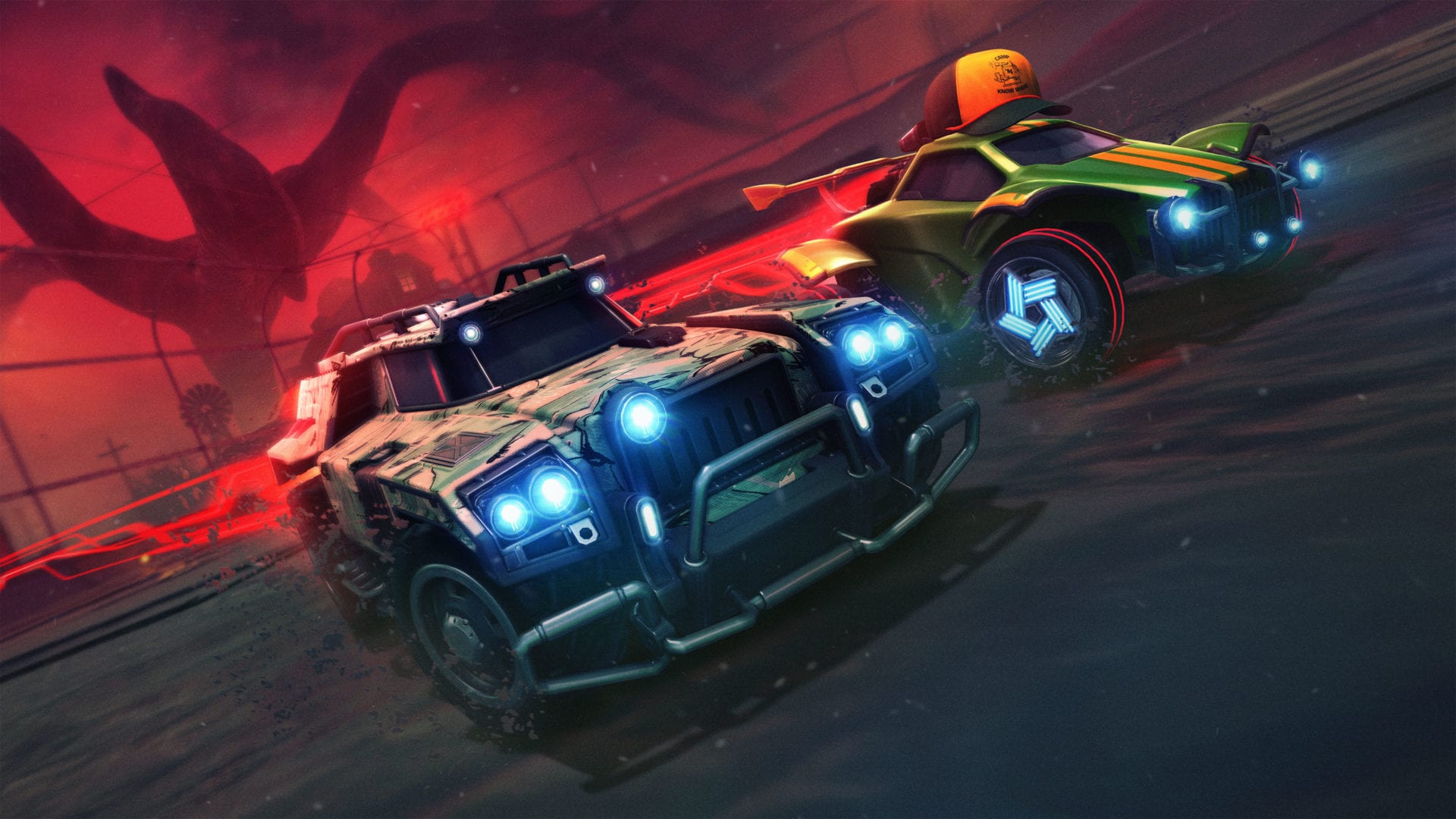 Like previous Rocket League events, players will earn ‘candy corn’ as currency by completing online multiplayer matches to purchase Stranger Things and other seasonal-themed cosmetic rewards, such as the Autumn Boost and Candy Monster Decal.

Stranger Things-themed items, which can previewed here, include:

Rocket League’s Farmstead Arena has also been converted into the Farmstead (The Upside Down) Arena in relation to the show. It will be available in the Arena rotation during the entire event.

The Haunted Hallows event begins on Monday, Oct. 14 and will run until Nov. 11. While the event ends on that day, Rocket League players will have until Nov. 14 to redeem any remaining ‘candy corn’ currency in the Event store.

The third season of Stranger Things was released on Netflix last July, but the streaming service announced last month that a fourth season would be coming with no formal release date yet,