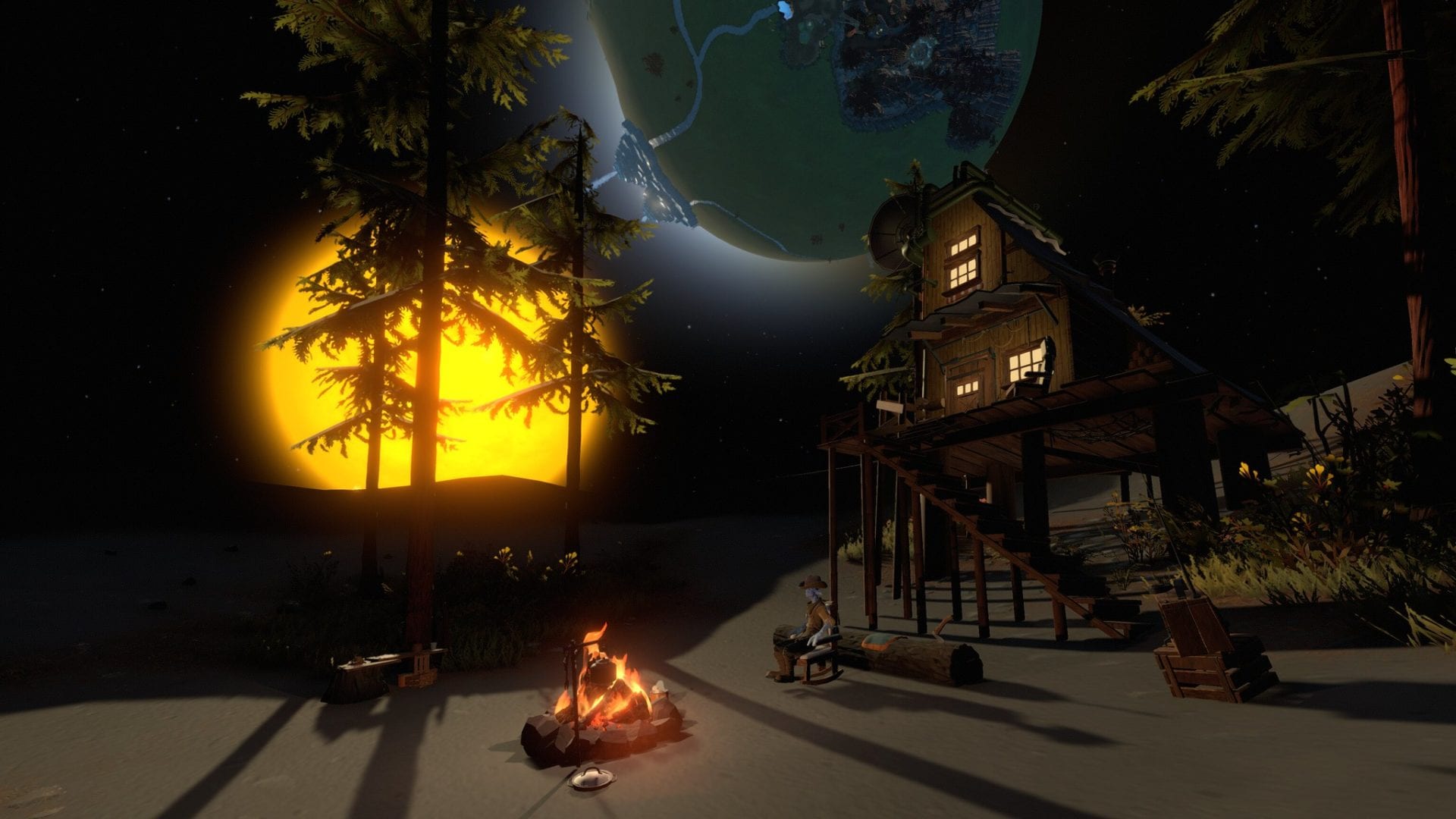 Developer Mobius Digital has announced today via the PS Blog that their space exploration game, Outer Wilds, will launch on PS4 next week, Oct. 15. The game was first released on Xbox One and PC earlier this year.

Outer Wilds sees players traverse dense planets, moons, and space stations across a solar system that resets itself every 22-minutes. The game’s exploration was designed to be realistic, mimicking movies like Apollo 13 and 2001: A Space Odyssey. That means you’ll need to monitor your fuel, oxygen, and supplies as you go. It also means the environment is constantly shifting and evolving.

Each environment is handcrafted to fit the design of its unique narrative and game systems. The 22-minute time loop allows each location in the game to change dramatically and irrevocably as time progresses, allowing players to explore worlds undergoing various cataclysmic events…

…As the player uncovers secrets, they unravel the game’s narrative: a web of interconnected mysteries. Every piece of written information in the game is useful in some way – there is no lore that only fleshes out an unimportant backstory.

We’re big fans of the Outer Wilds here at Twinfinite, scoring the PC version of the game 4/5 in our review. Our final thoughts read:

“It may not have the same scale as titles like No Man’s Sky, but Outer Wilds packs in more interesting lore, narrative, and puzzle-y mechanics in its handful of planets than most other titles out there. If you’re looking for a breath of fresh air and fancy venturing out into space for a laid back exploration and a damned good time, Outer Wilds should be your first port of call.”

You can check out the original launch trailer below: