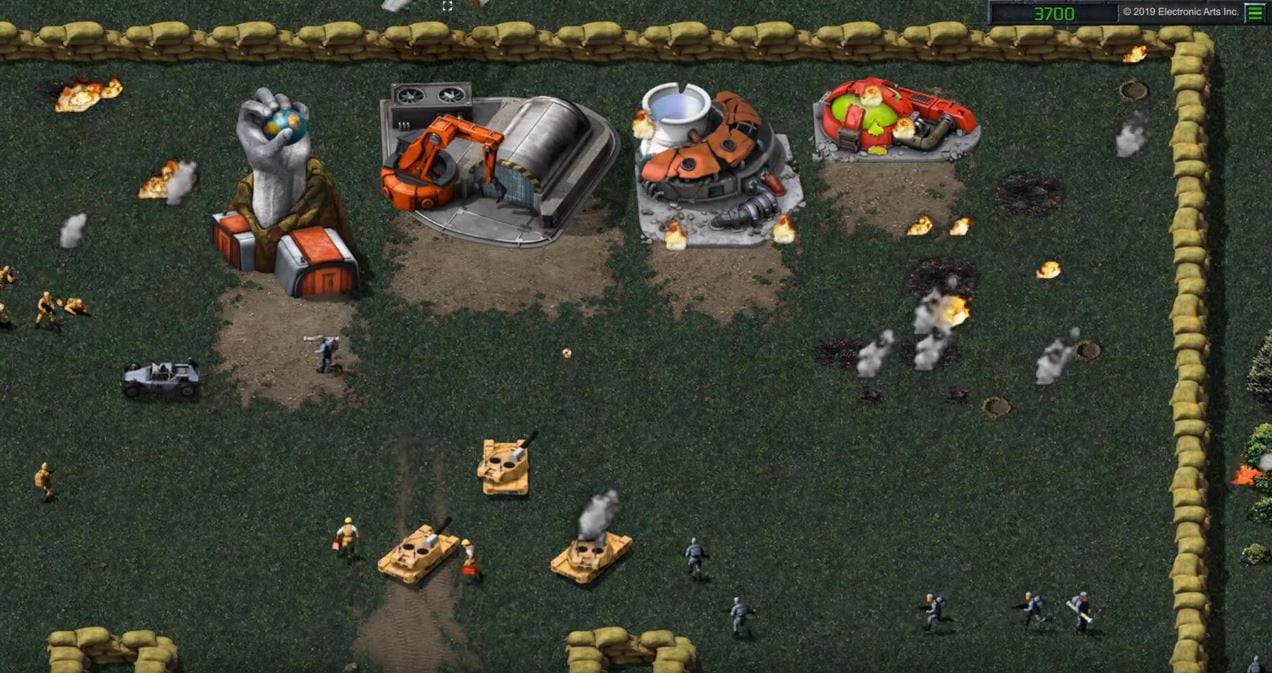 A ton of new information about the previously announced Command & Conquer remasters dropped today, including a shiny new gameplay trailer that reveals what kind of graphical overhaul fans can expect from the remasters.

You can check out the trailer for yourself:

The trailer answers a major question a lot of fans had after the remaster’s announcement last year: will it be in 2D or 3D? The trailer pretty definitively says it will be in 2D.

The developers, Petroglyph Games and Lemon Sky Studios, make it clear that they are interested in maintaining the games’ authenticity, and as such, the remastered visuals are also able to be switched off.

At the press of a button, the resolution can toggle between the new 3840 x 2160 look and the games’ original 320 x 200 feel, allowing players to command the battlefield the way it looked back in 1995.

The remasters also add the ability to zoom the camera between the original DOS distance and the distance featured in the games’ first remaster, Command & Conquer Gold, which allows a full look at the HD battlefield.

The trailer, which was originally released on the Command & Conquer subreddit, launched alongside a new website specifically for new Command & Conquer info. You can check out a side-by-side comparison of the original game and its remaster there.

The two games that are receiving the remaster treatment, Command & Conquer: Tiberian Dawn and Red Alert, will be bundled together in a brand new, glorious collection.

When will it be available, you ask? We still don’t know. The release date is still a mystery.

While you wait, however, you could check out the Command & Conquer mobile game if you need your RTS fix.