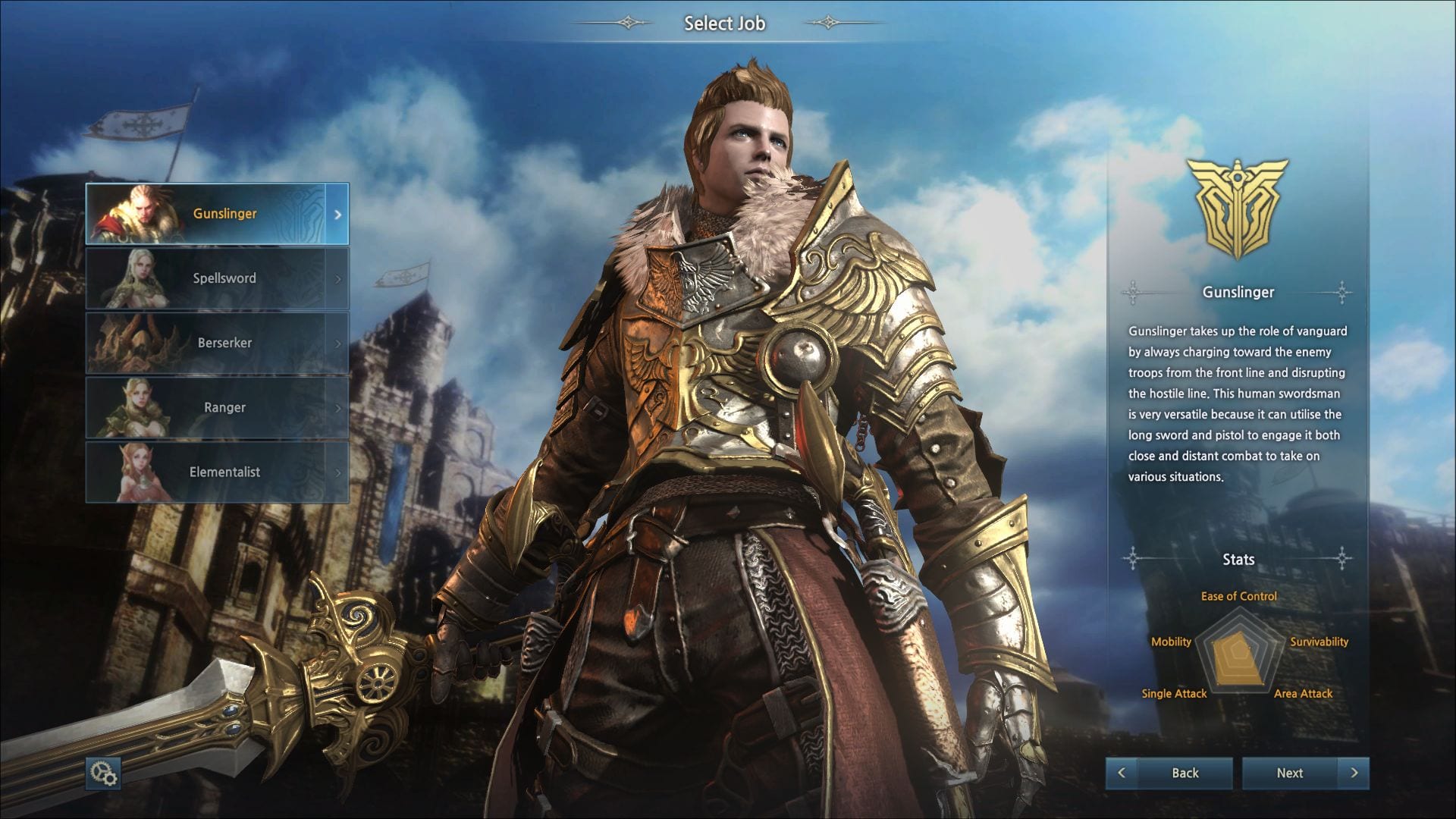 Today Gameforge continued tie countdown to the release of Kingdom Under Fire 2 with more assets introducing another class, the Gunslinger.

It’s one of the five classes playable in the game. The other four are Spellsword (which we saw yesterday). Berserker, Elementalist, and Ranger.

You can watch it below and see if it draws your attention. We have both a gameplay introduction and a cinematic trailer (on top of an additional cinematic trailer for the whole game). You can als find some relevant screenshots at the bottom of the post.

We also get an official description, for those who aren’t familiar with the game.

The Gunslinger prefers to fight at the forefront and immediately lock horns with the enemy, usually being among the first to break their lines. A versatile human combatant, the Gunslinger effortlessly switches between a sword and two pistols, utilizing an array of combos to attack both individual targets and unleash area of effect attacks. But he always has to keep his ammunition in check, a resource which can be replenished by stringing together sword combos.

Mistrusted for the simple crime of hailing from Brimstone, a village of refugees … deliberately ordered on a suicidal mission during which his troops were overwhelmed and his men slaughtered … his request for leniency fell on deaf ears and he was expelled from the army. Seeking to avenge the deaths of his men, and save his own skin, the Gunslinger found refuge in Azilia. In this place of opportunity, he became a mercenary and joined the Azilia Knights.

Kingdom Under Fire 2 mixes a MMORPG with RTS mechanics and has been announced by Blueside all the way back in 2008. It has been a long time coming for sure, and the announcement of the western release came pretty much out of the blue.

At some point, a PS4 version was also unveiled by Blueside, but apparently, it isn’t included in Gameforge’s release, at least for now.