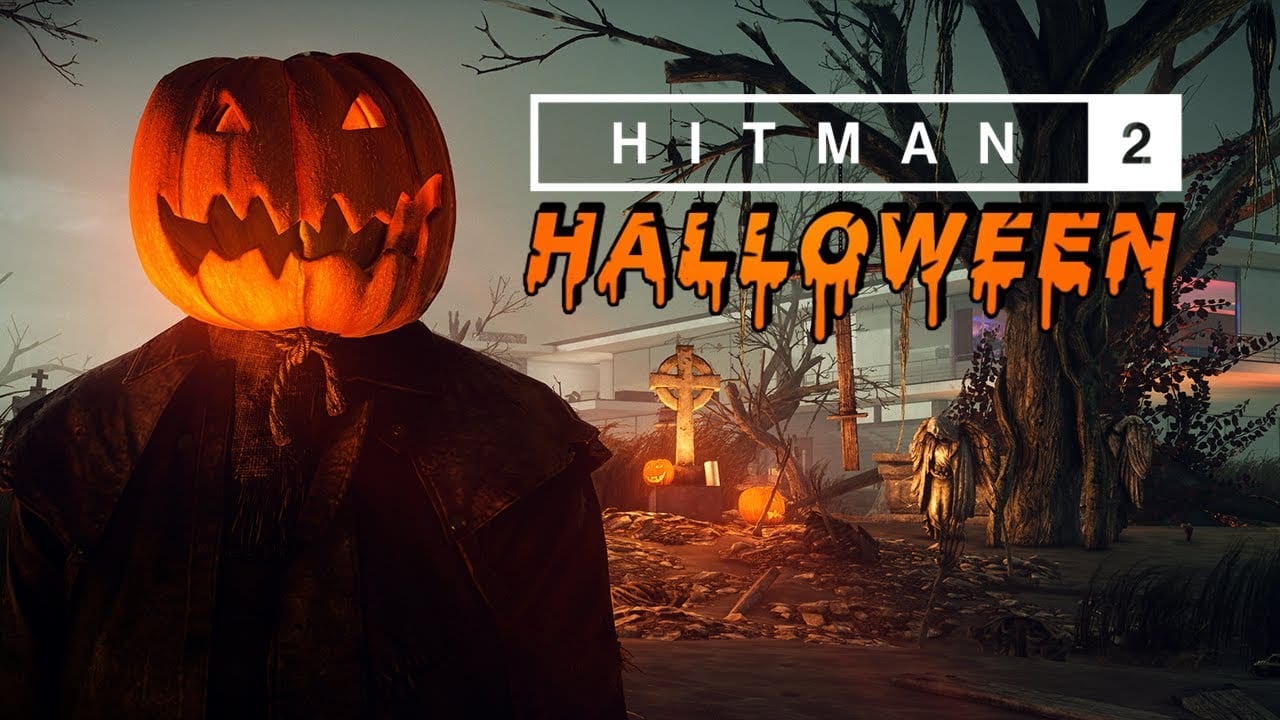 Hitman 2’s Halloween update, which is free as part of the game’s starter pack, is to add a spooky new contract to the game that looks rather sinister in its latest trailer. We’re shown a pumpkin-headed man performing all sorts of ghastly and nefarious activities.

It’s genuinely scary stuff, though it’s not entirely clear whether the villainous individual is Agent 47 himself or the target we’re supposed to be taking out. We’re not sure what would be scarier — playing the ax murderer or being hunted by him!

The contract is set to play out on the awesome Hawkes Bay, New Zealand map, but it’s looking a lot more gloomy this time around. The environment has been given a facelift, including skeletons, pumpkins, crows and other holiday-inspired trimmings

In addition to the contract itself, there are unlocks in the form of a new tactical wetsuit and Bat Shuriken for players to earn as rewards.

You can read more about IO Interactive’s plans for Hitman 2 in October in their content roadmap update, which was announced a couple of weeks back.