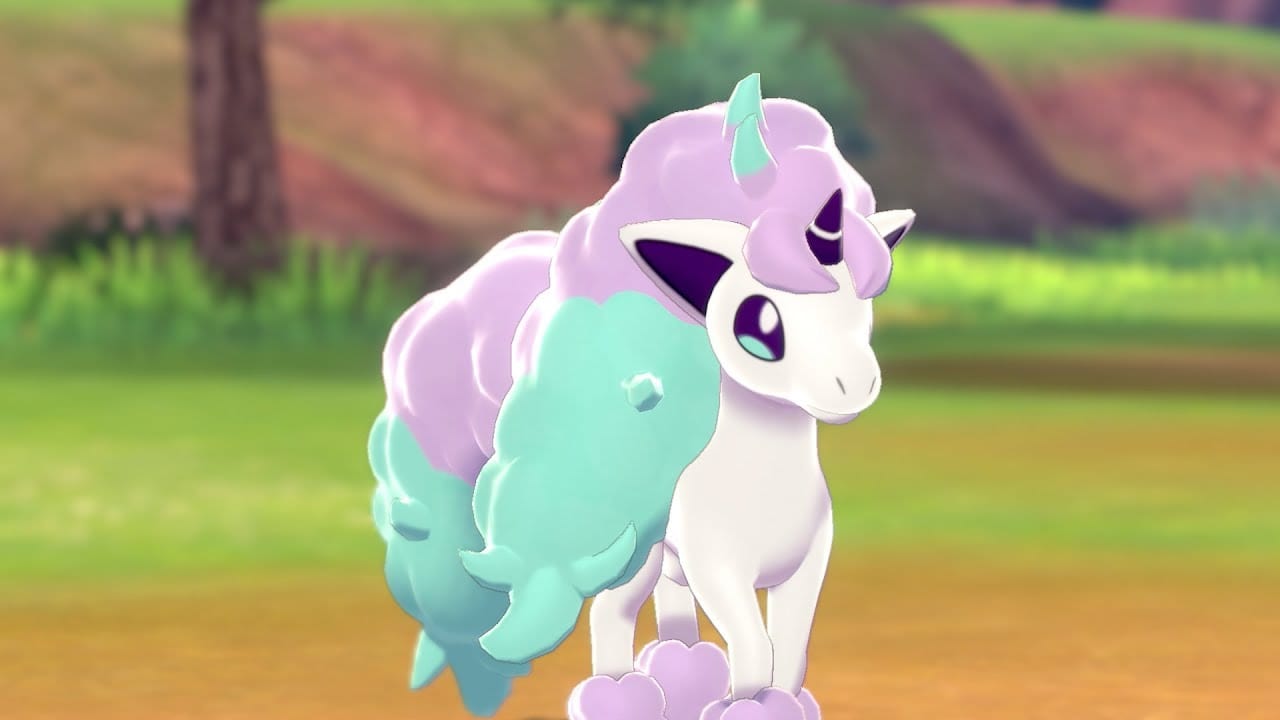 After making its first appearance during a livestream last week, The Pokemon Company has today confirmed that Ponyta’s Galarian version will be exclusive to the Shield version of the game. The news comes by way of a trailer reveal showcasing Galarian Ponyta’s new look and abilities in more detail.

Ponyta is, of course, a Pokemon originally from the Kanto region of the game, first introduced back in Gen 1, which could be evolved into Rapidash. The Kanto variant is a fire-type, whereas this new Galar Ponyta is a psychic-type. Presumably, it’ll turn into a new form of Rapidash, too.

Galarian Ponyta have been found in a certain forest of the Galar region since ancient times. It is said that they were exposed to the overflowing life energy of the forest over many generations, and therefore their appearance became unique in this region.

Galarian Ponyta can absorb the life energy of the surrounding atmosphere and store it in its mane. Its mane will become more colorful, and even emit a sparkling glow, if there is an abundance of energy around.

Galarian Ponyta’s Ability, Pastel Veil, is a new Ability introduced in these titles. This Ability prevents the Pokémon and its allies from becoming poisoned. It can even cure the poisoned status condition of its allies when this Pokémon enters the battlefield.

You can check out the full trailer reveal for yourself below: