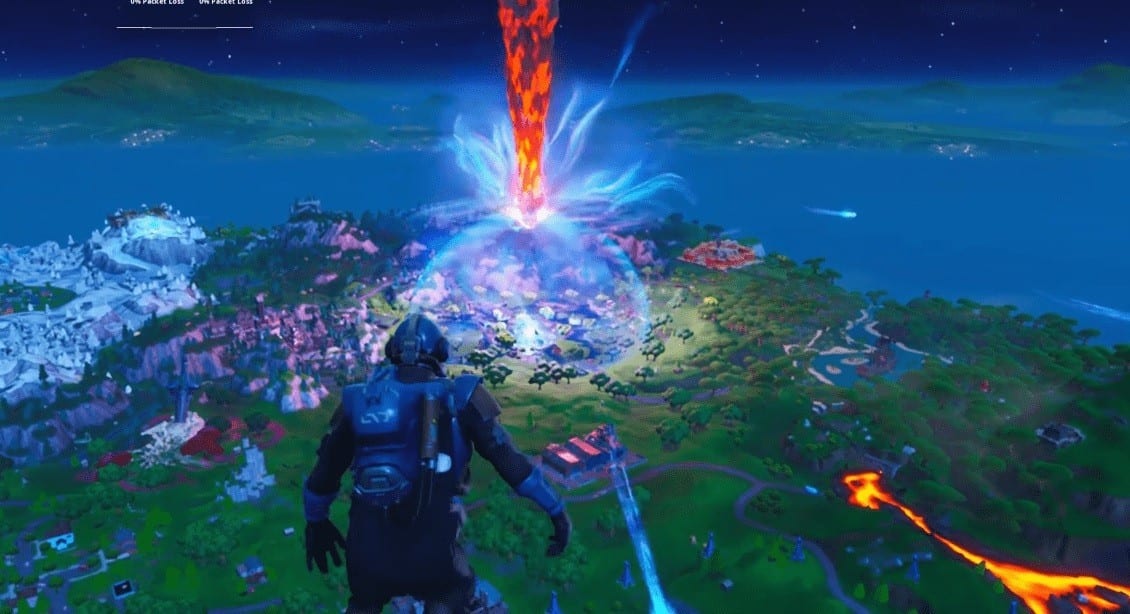 The End, Fortnite Season 10’s big finale event, has seen a cataclysm suck the entire map into a black hole, and it’s not just for show: the battle royale servers are now totally offline and inaccessible. Even Fortnite’s Twitter feed has been completed wiped and replaced with a broadcast of the void.

The End event, the conclusion of which was expected to roll into a new season of the game, began at 2 pm EST time on Oct. 13. After a countdown timer that had emerged earlier in the week eventually hit zero, a giant rocket launched into the sky and caused an implosion that sucked the map into oblivion.

Only a tiny circle remains in its place — though you can activate a special mini-game by inputting the correct Konami cheat code.

When The End took place yesterday, the “game-breaking” event set Twitch records for the most concurrent viewers of all time on the platform, at 1.6 million, beating out Fortnite’s World Cup event record of 1.5 million.

While a conclusive event was expected by Fortnite’s player base, the totality of its consequence certainly wasn’t and it’s left many to wonder whether a) Fortnite is done for good, or b) the server shut down was a bug out that wasn’t supposed to occur.

Epic has been almost totally radio silent on the matter, which is more than likely for dramatic effect, but it still hasn’t stopped many from panicking that digitally purchased items may be lost forever. To their relief, PlayStation has provided some assurance:

Please be assured that your inventory items and V-Bucks are secure during the Fortnite Blackout. For any other Fortnite questions, please visit https://t.co/dQ6gUj445z.

It’s highly likely that this is all part of Epic’s strategy to kick-off another season of Fortnite and we expect that to occur later this week — possibly on Thursday the 17th, which would line up with the start date of previous seasons.

But just how it will return isn’t clear. Will the map get a total overhaul? Could it signify the long-awaited full launch (yes, it’s still in Early Access officially)? We’ll just have to wait and see.