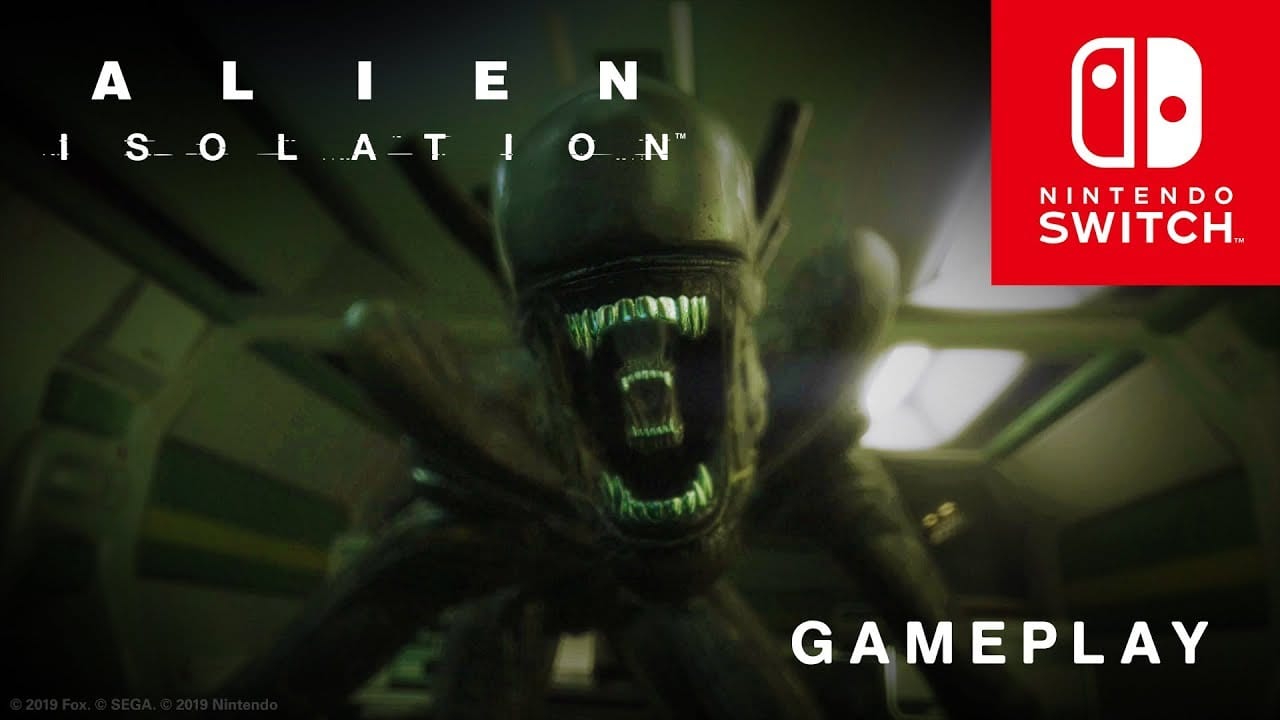 Publisher Feral Interactive and developer Creative Assembly have revealed the first gameplay footage of Alien Isolation running on Nintendo Switch. The acclaimed first-person survival horror is scheduled to arrive on the console before the end of the year, and when it does, it’ll include all DLC.

Alien Isolation is perhaps the franchises’ most successful video game adaptation. It tells an original story set 15 years after the events of “Aliens” and Ellen Ripley’s disappearance. Players take control of her daughter, Amanda, as she searches the abandoned space station Sevestapool looking for clues of her mother’s whereabouts.

The game’s superb attention to detail in the way it recreated the aesthetic of the original two Alien movies is among its best features. All the retro sci-fi gadgetry and sound effects have been recreated in exemplary fashion.

The gameplay, too, is mostly very good. You’ll be hunted down by a single xenomorph that terrorizes Sevastapool, but humans and androids also present threats to Amanda that she can either stealth past or take out.

On Nintendo Switch, players will be able to take advantage of the console’s gyroscopic aiming mechanics if they want to.

Also, in addition to the main campaign, several DLC were released both as bonus and post-launch content, such as “The Last Survivor,” in which players took direct control of Ripley aboard the Nostromo. These will all be included in the Nintendo Switch version.

You can check out today’s trailer below.

There is no firm release date for Alien Isolation’s Nintendo Switch version as yet.