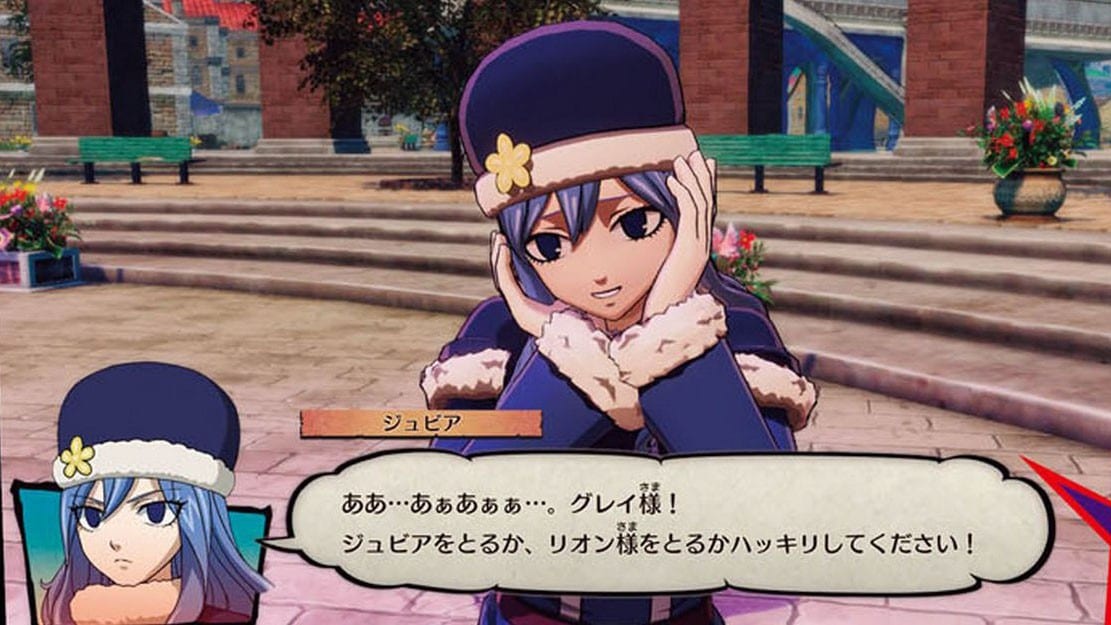 First of all, we get to take a look at two new playable characters, Juvia Lockster and Gajeel Redfox.

Of course, they come with their iconic techniques, and they’ll prove familiar among fans of the original anime.

We also get a quick look at a scene featuring master Hades of Grimoire Heart and another showcasing an iconic fight between Erza and Kagura Mikazuchi of Mermaid Heel.

The game includes many scenes from the anime faithfully translated into 3D visuals.

One of such events is the Grand Magic Games after the Fairy Tail guild has fallen into hard times and they have to compete in order to regain their standing. The screenshots portray the Domus Flau arena in Crocus.

Another gameplay element aiming to regain the guild’s fortune is quests. They’re posted on the request board in Fairy Tail’s headquarters and they’re ranked from D to S.

If you’d like to learn more you should take a look at our interview with producer keisuke Kikuchi.

You can also check out the original announcement trailer, gameplay footage from Tokyo Game Show, and the latest screenshots.