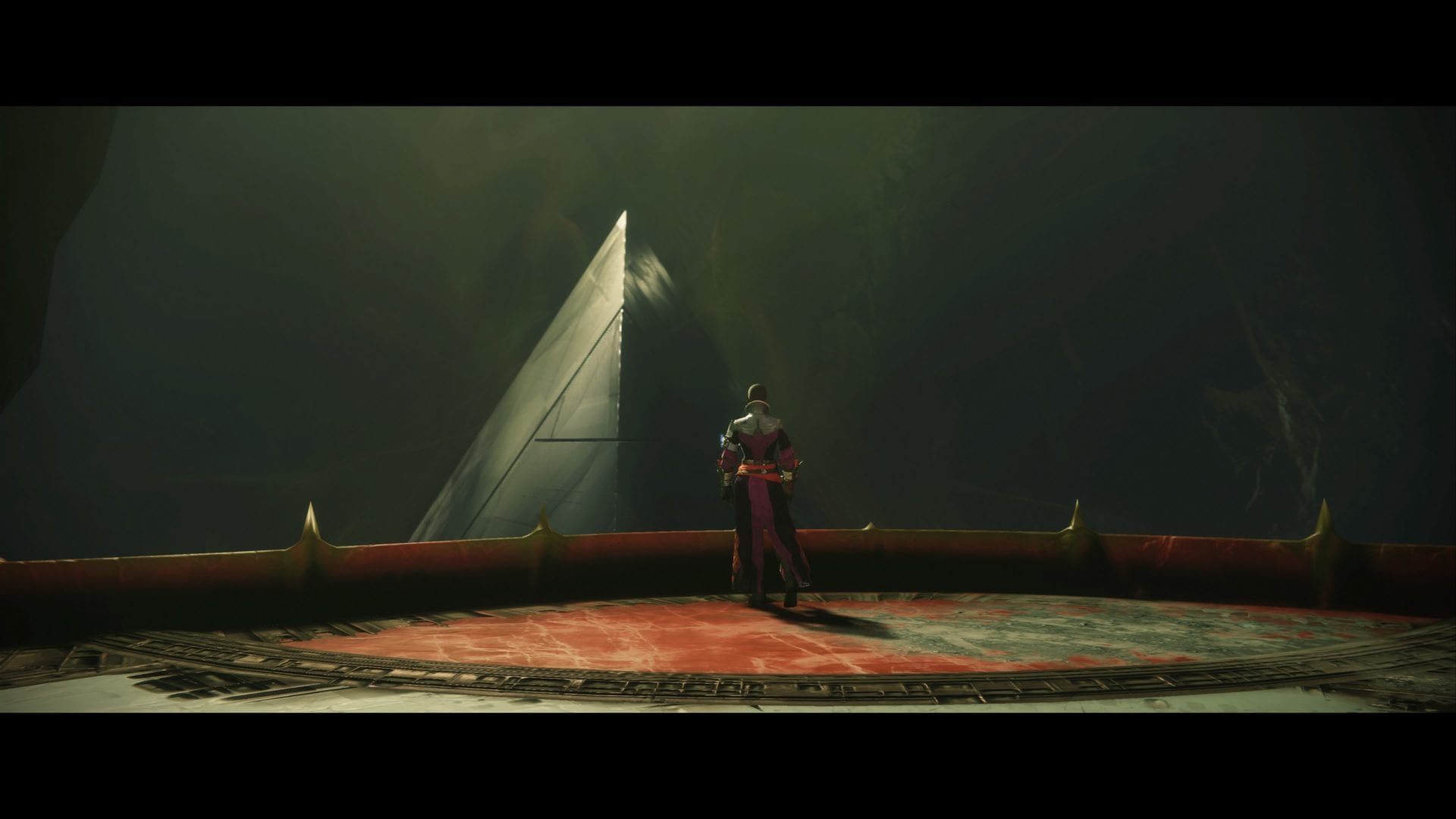 Note that this guide is going to dive into story spoilers regarding the events of Destiny 2: Shadowkeep’s campaign, the vanilla D2 campaign, and other lore as it relates. If you don’t want to be spoiled about anything, and somehow ended up on this Black Pyramid Ship explanation Destiny 2 post by accident, you should turn away now.

OK so you have either finished up the main story of Destiny 2’s Red War campaign, and/or have started/finished the campaign of Shadowkeep and you’re wondering what the heck is going on with the Black Pyramid ships that seem to keep appearing, but never really doing anything.

While no one knows for 100% certain other than maybe Bungie (and that’s not a given) we’re going to take a stab at trying to explain what the deal with these Black Pyramid Ships are.

Going all the way back to Destiny 1 we have heard legends about the Darkness, be it through the main campaign of D1 which pitted us against the Black Heart of the Black Garden or through lore tabs. The Darkness has always been teased as the mortal enemy of the traveler and while some enemies have acted in the interest of the Darkness (the Vex most notably), whatever this entity is has yet to make a grand apperance.

Still we do know that the Traveler has been evading the Darkness since forever, long before any other race reached the apex they are at now.

At the end of Destiny 2’s vanilla campaign when the Traveler reawakens to help us put the kibosh on Ghaul and the Red War once and for all, the pulse of life reawakens Black Pyramid Ships that appeared to be sleeping out in deep space.

It’s heavily implied that these Black Pyramid Ships are connected to the Darkness in some way. The Traveler was desperate to help us, but as a result alerted the Darkness to its position once again.

For a long time in Destiny 2 that’s where that story left off, that is until Shadowkeep. At the beginning of Shadowkeep, we find a Black Pyramid ship underneath the surface of the Moon and get a little taste of its power.

It appears to be behind the Nightmare visions and enemies that are tormenting Eris Morn and the Guardian throughout the events of the campaign. Note: If you want a detailed explanation of Shadowkeep’s story, you can read one right here.

Black Pyramid Ships at the Ending of Shadowkeep (Spoiler Warning)

At the end of the campaign the Guardian enters one of these Black Pyramid Ships. They aren’t there all that long but whatever entity is behind this ship taunts the Guardian with more Nightmares, speaks on all of the failures of the Light and the countless tragedies that happened because of it (Red War, Cayde-6 death, Crota’s attacks etc.), and finally they grant the Guardian a vision.

The Guardian sees the Black Garden, many more Pyramid Ships, and then a shadow version of themselves. The shadow says they aren’t friend or foe, but our salvation. Whatever they mean, it probably isn’t good.

End of Major Shadowkeep Spoilers – What Does it All Mean?

Here’s what we know. The obvious is that it seems like the Black Pyramid Ships and whatever is controlling them is the Darkness, and we’ll probably learn more about their power/motivations in the coming Garden of Salvation raid.

In addition to that, though, Calus claims to have seen a vision of the Darkness and our coming calamity. While Calus tends to exaggerate the truth, and his response to this vision is just to accept fate and live out our remaining days in luxury, there probably is at least some truth to his words. He probably saw something, and that something is coming for us.

We don’t know when, and we don’t know the physical form this entity will take (if it has one) but Darkness will come eventually and it will hijack the story of Destiny when it does. The more these Black Pyramid Ships show up, the closer the Darkness likely is.

My personal guess? They will be teased at for a few years and will be the focus of Destiny 3.

That does it for our explanation of the Black Pyramid Ships in Destiny 2. If you’re looking to learn more about the lore of Destiny 2, we highly suggest YouTuber My Name is Byf who goes super deep into the lore of the series and has videos that go into far more detail about the nature of the darkness and the story of Destiny 2 so far.