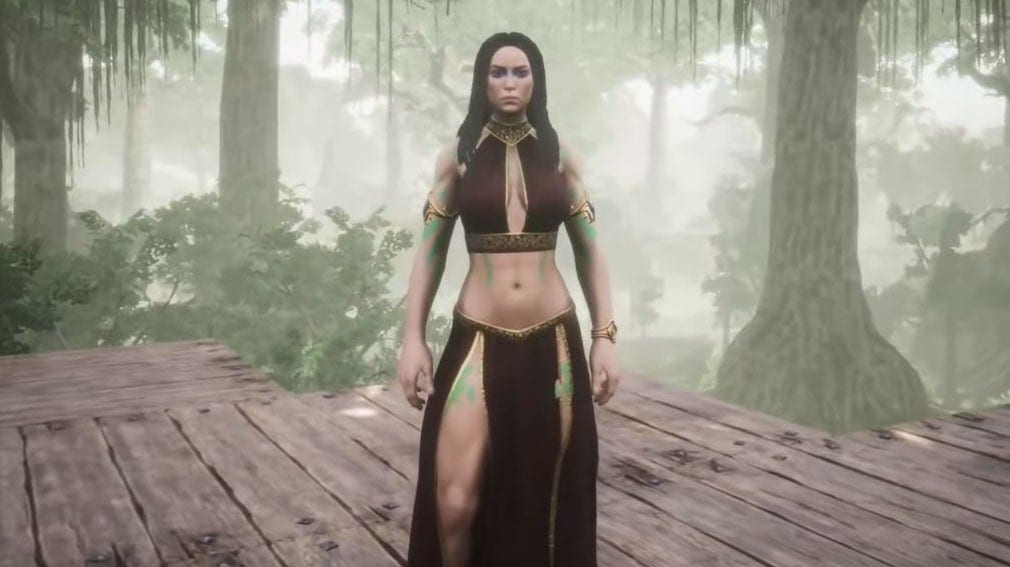 Funcom is continuing to update its survival game Conan Exiles with new DLC, and they recently revealed the content of a new one titled Debaucheries of Derketo.

If you know who Derketo is in the Conan lore, you likely know what to expect, and there is that and more.

The set will focus on roleplay and aesthetics, so it’ll come with more elements to express yourself and less functional stuff.

Starting with the functional elements we get 11 new building pieces including handy Treehouse Foundations, Hanging Bridges and Rope Bridges in different sizes, and stages in different shapes.

29 new placeables will include a lot of what you need to build a tavern in Conan Exiles including counters, barrels, tables, stools, wineshelves, and more.

We also get closer to the Derketo theme with a luxurious bed and curtains in various shapes and sizes, and there’s even a “King’s Board” which is a chessboard complete with chess pieces.

12 new emotes will include chug beer, drunk, angry drunk, juggle, the ability to leisurely stand with your hand on your hip, and more.

Of course, there are six new decorative warpaint, on top of new outfits.

Those are the Innkeeper top and bottoms, the Noble outfit, the (super tight) Artisan’s pants, the Bejeweled set (which is exactly what you think it is) and two heavy armor sets ispired by Age of Conan, Guardian and Dark Templar.

You can see all of these in the gallery below, or in the full livestream at the bottom of the post.

The DLC will come “very soon” in October, and it should cost $9.99 like the other packages.

If you want to learn more about Conan Exiles, which is available for PS4, Xbox One, and PC, you can enjoy a look at the previous DLC and read about the upcoming mounts.