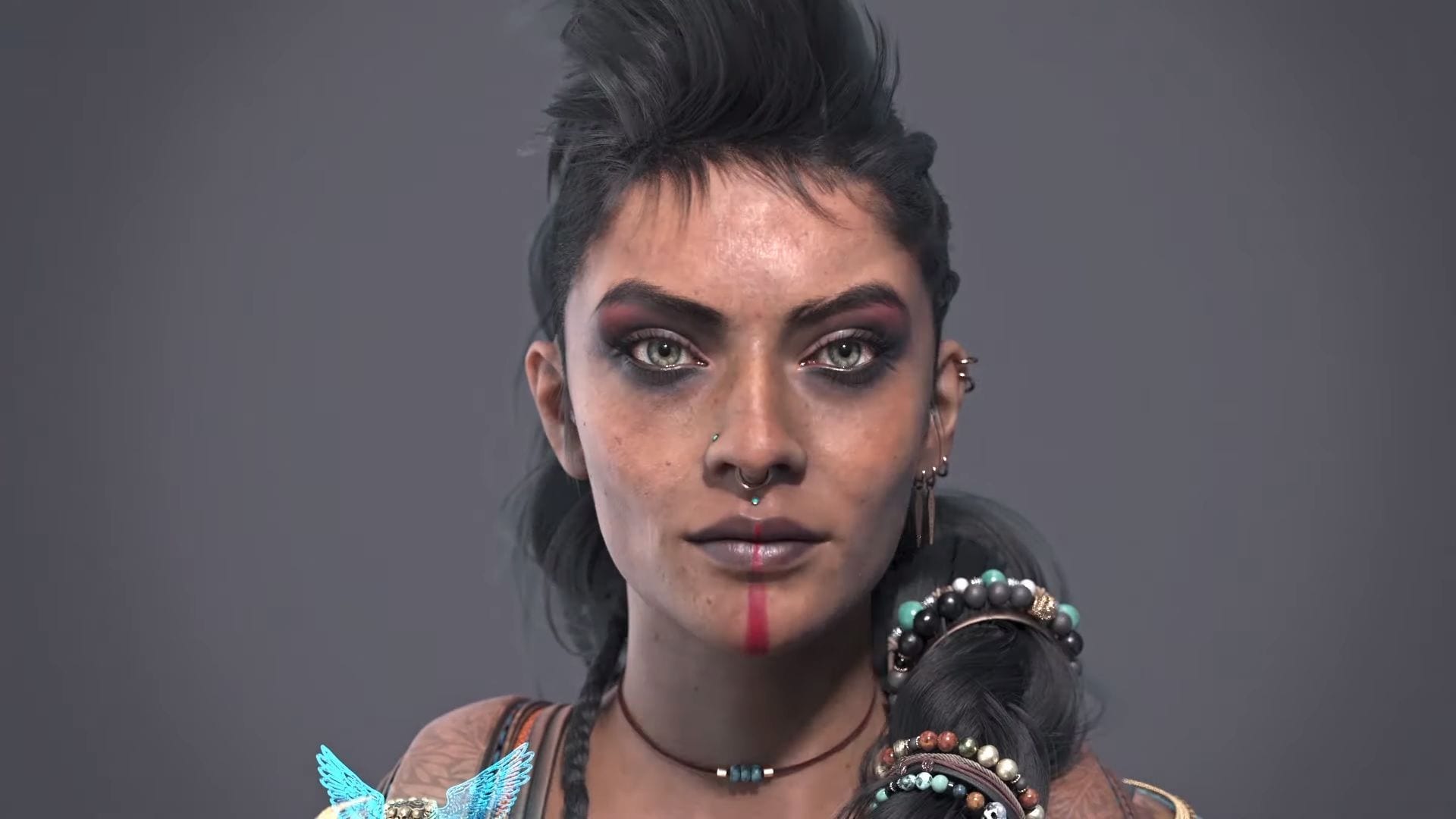 Today Ubisoft released a new video of the upcoming and still partly-mysterious Beyond Good and Evil 2.

The video showcases concept artwork of Jade and some impressive character models for Dakini and Mammago.

Mammago will provide services as mechanic like repaining ships and selling upgrades.

We also see artwork for player characters that can be both human and hybrid, including full cusatomization and a range of ethnicities, species, and cultural influences.

There are even sci-fi touches like prosthetics and diwalite-infused tattoos that can project a holographic effect.

We also get a glimpse of sound design to top it all off.

Beyond Good and Evil 2 doesn’t yet have announced platforms or a firm release window.

It’ll be interesting to see when Ubisoft will finally be ready to disclose when and how the game will be released.

We know that they have two unannounced cross-gen AAA games coming in the next fiscal year (between April 2020 and March 2021). Yet, those are from the publisher’s “biggest franchises,” and your mileage may vary on whether that applies to Beyond Good and Evil or not.

If you want to see more, you can enjoy a previous gameplay video and more videos and artwork from a few months ago.