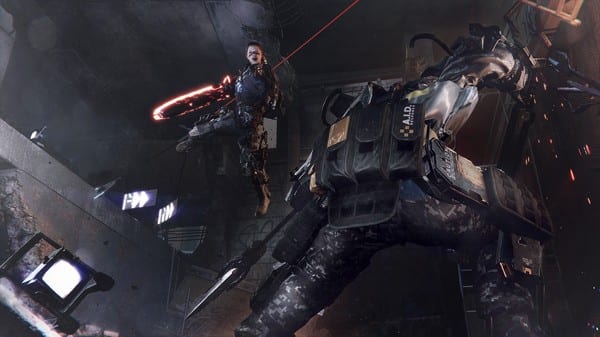 The Surge 2 starts players out in the abandoned medical wing of a prison, as loudspeakers advice prisoners not to leave their cell for safety due to outbreaks and riots. Unfortunately, it doesn’t seem as if the staff is going to help, as the Warden does everything in his power to prevent the main character from progressing, even trying to kill them. Here is everything you need to know about how to beat Warden Garcia.

Unlike most of the prisoners that you’ve faced up until this point in The Surge 2, Warden Garcia wields a powerful rig and an equally annoying drone.

This one two punch allows for him to be fast and versatile, while also having a weapon that shoots from distance of its own accord, peppering in fireball shots.

How to Beat Warden Garcia in The Surge 2

There are a few different ways to go about combating this combination.

The first way is to cheese the fight using the indestructible pillars located right to the right and left of the entrance to the area.

Stick to the sides and get in quick strikes after he lunges, dealing small bits of damage here and there.

You will likely have to switch pillars often for this one though, as the drone targets onto your character, shooting them and splashing fireballs around the specific pillar you’re running around.

The other way to go about the fight has to do with equipping the Directional Parry Analyzer Implant. This item will allow you to learn directional parry directions, which leave enemies wide open for big attacks.

Parrying Warden Garcia deals big damage, and will make the fight go much quicker. Just remember the drone is still there, so be aware of alerts that it is about to fire – signified by its red laser sight.

It make take a few times to get used to either of these strategies, but it won’t be too long before the Warden is defeated and you’re rewarded with that fancy drone he was trying to kill you with.

That is everything you need to know about how to beat Warden Garcia in The Surge 2.

For more helpful tips, tricks, and guides for this challenging action title, be sure to search Twinfinite for all things relevant to The Surge 2. We’ll even get you started with few of our most popular guides for it below.