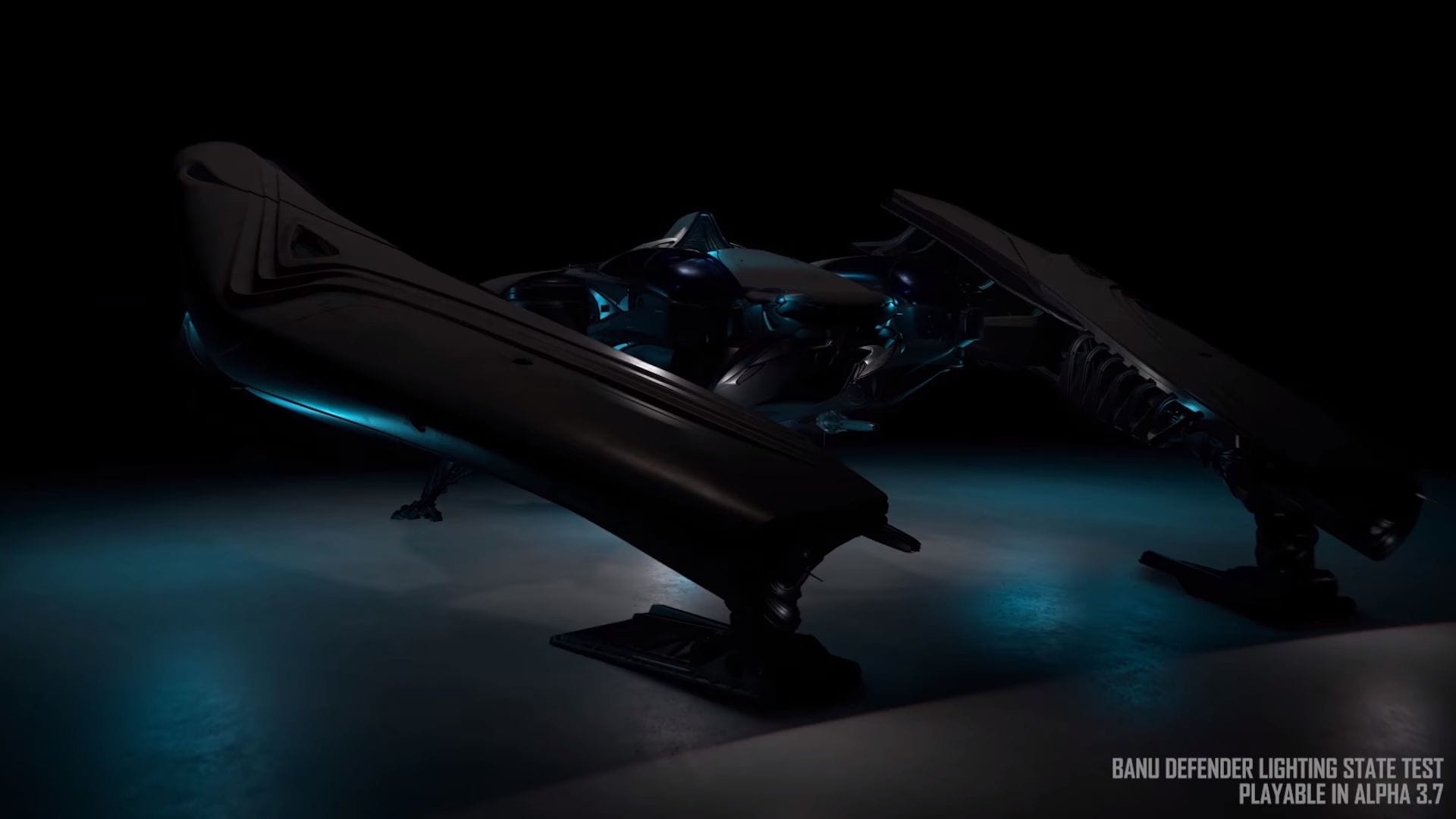 We start by taking a look at the much anticipated alien ship Banu Defender, whch players will be able to pilot and get the first taste of Banu technology.

We thenn take a look at mission sharing, which does what it says on the tin, letting you share missions with other players.

Another interesting element is weapon attachment, followed by improvements to the character creator suite, and the ability to rent ships with cash you earn in game (in addition to the ability to buy them with the same ib-game currency).

If you want to see more of the game, you can read the previous news about the adoption of staggered development, and check out the previous video showing the 890 Jump.