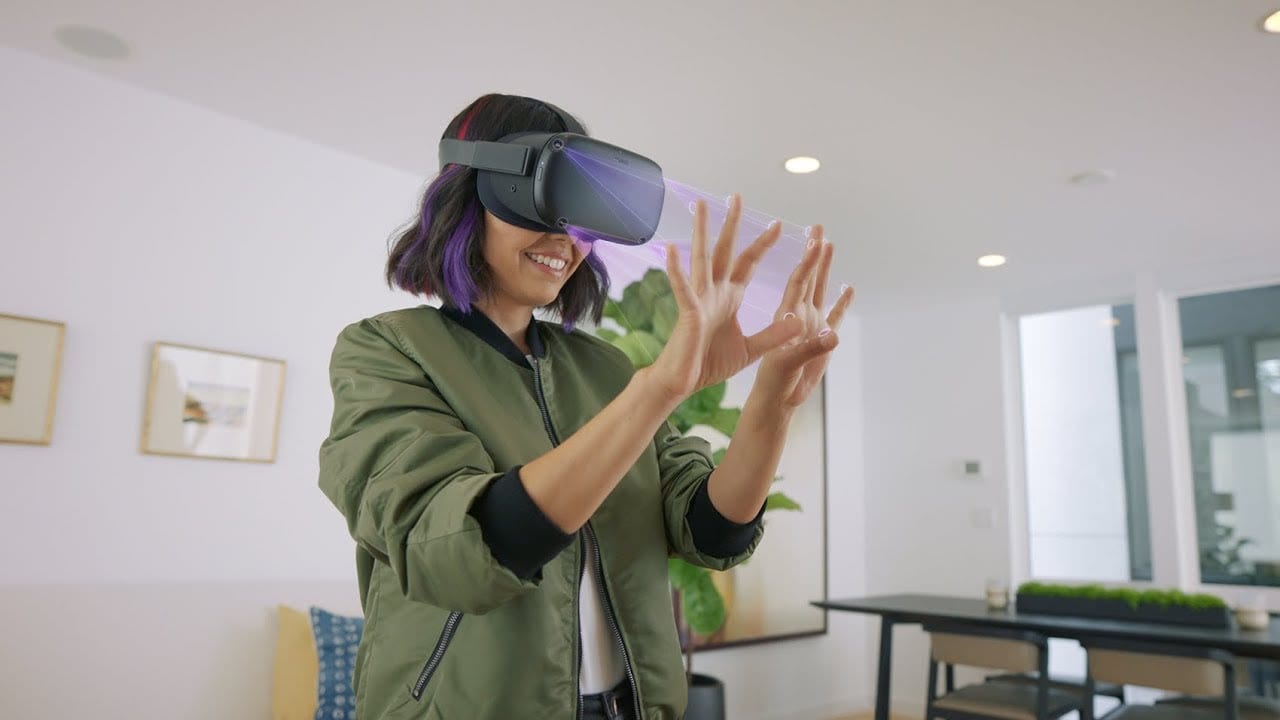 Oculus has announced today that Quest will soon be compatible with hand-tracking technology, which will allow users to control VR experiences without the need for any controller. The update will be free and won’t require users to retrofit any sort of peripheral.

Oculus explains that hand-tracking will allow developers to explore new mechanics and build “deeper social experiences” as a result of the more “natural forms of interaction.” Without the need to learn how controllers work, the system should also make VR a much accessible experience for the wider market.

The technology is set to launch on Quest in early 2020 as an experimental feature for consumers and an SDK for developers.

Oculus details how the technology was conceptualized:

” What began as a research project at Facebook Reality Labs has been brought to life through close collaboration with our product and design teams to bring about a new paradigm for VR input.

This technology approximates the shape of your hand and creates a set of 3D points to accurately represent your hand and finger movement in VR.”

You can check out the hand-tracking technology in action below:

If you’re interested in a more detailed explanation of how hand-tracking works, check out this article from Facebook’s blog.

Oculus is proving popular with developers even before today’s announcement, as recorded by a recent survey that found it had overtaken Vive as the platform of choice.