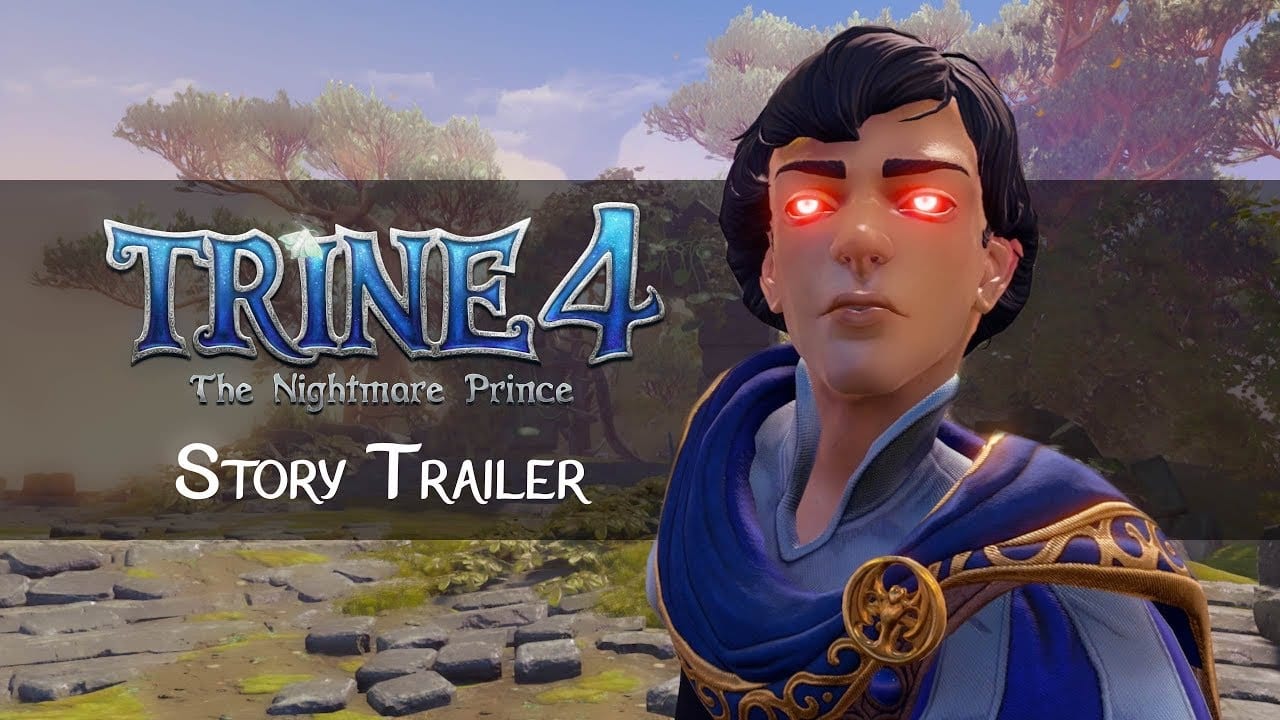 Trine is nearing its anticipated return, and a new story trailer from publisher Modus Games helps to tee up what appears to be another magical fantasy story in Trine 4: The Nightmare Prine.

We get to see how the Nightmare Prince came to earn his name as he trifles with dark forces beyond his control and is seemingly captured by some sort of force in the process.

Then it’s time for our three heroes of the Trine –Amadeus, Zoya, and Pontius– to band together once again to save the day. Seemingly, players will be tasked with finding and helping the Nightmare Prince, whose affliction is turning terrible visions into dangerous realities.

The trailer really showcases just how beautiful Trine 4 is, with much-improved character designs and animations. There’s also yet more glimpses of the new abilities and deeper combat system in the upcoming game.

Trine 4: The Nightmare Prince will launch across PS4, Xbox One, Nintendo Switch, and PC next month, Oct. 8.

For a more detailed look at Trine 4’s gameplay, check out this recent seven-minute playthrough of the game from Pax West.