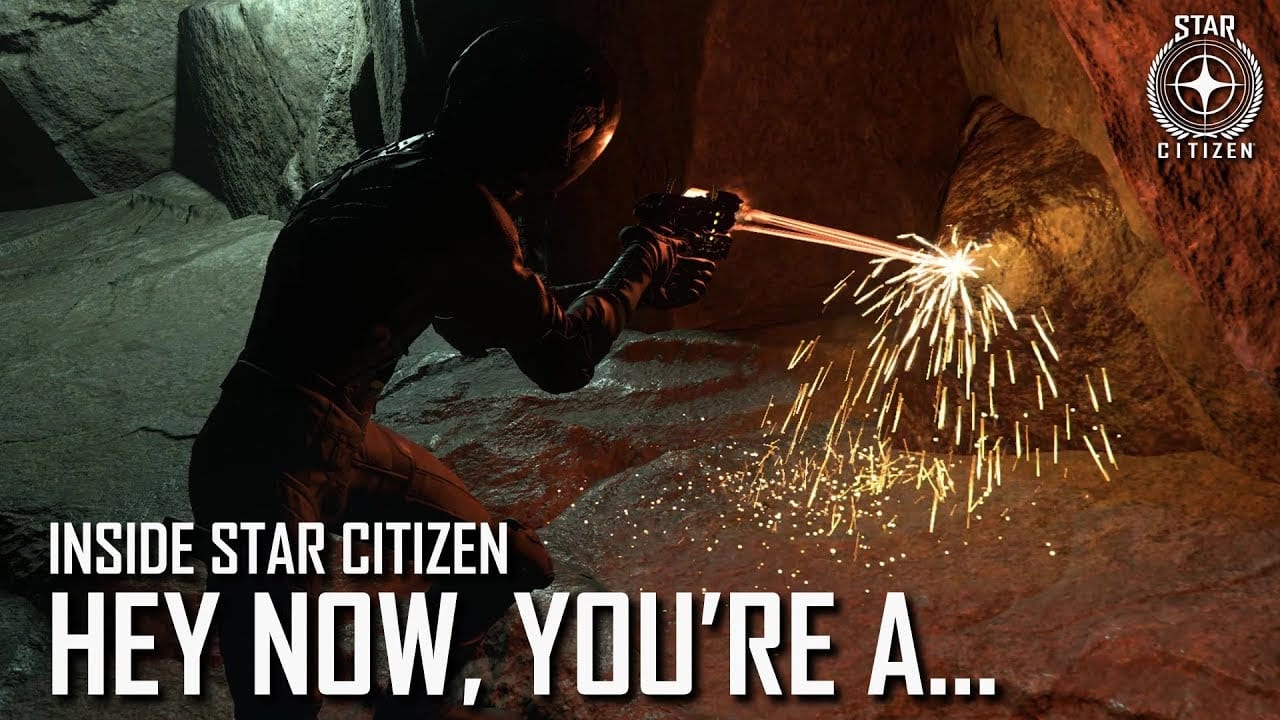 Mining in the universe of Star Citizen is about to expand in a big way with the introduction of first-person mining. Creative producer Jared Huckaby walks us through this latest mechanic in a new episode of Inside Star Citizen.

We get to see a new mini-focused UI, the operation of finding a mining cave and descending to its depths, and how mining gameplay actually works in tandem with new equipment like the glowstick.

We’re told that those familiar with ship mining should find the processes involved with first-person mining somewhat similar. There are just a few tweaks to make it more streamlined, as well as the addition of appropriate new animations, like picking up shards of minerals as opposed to using a tractor beam.

Notably, Huckaby says at the start of the video that mining will expand the current capabilities of asteroids, alluding to the zero-g collection of minerals in space. And, indeed, we get to see an extended clip of that process, too.

Check out the new video below:

Today’s Inside Star Citizen follows on from a series of videos that have provided weekly updates on the game’s development progress. One of the most notable in recent months showed off what’s inside the Vanguard Harbinger and Sentinel, in addition to a new trailer revealing the luxury ship 890 Jump.