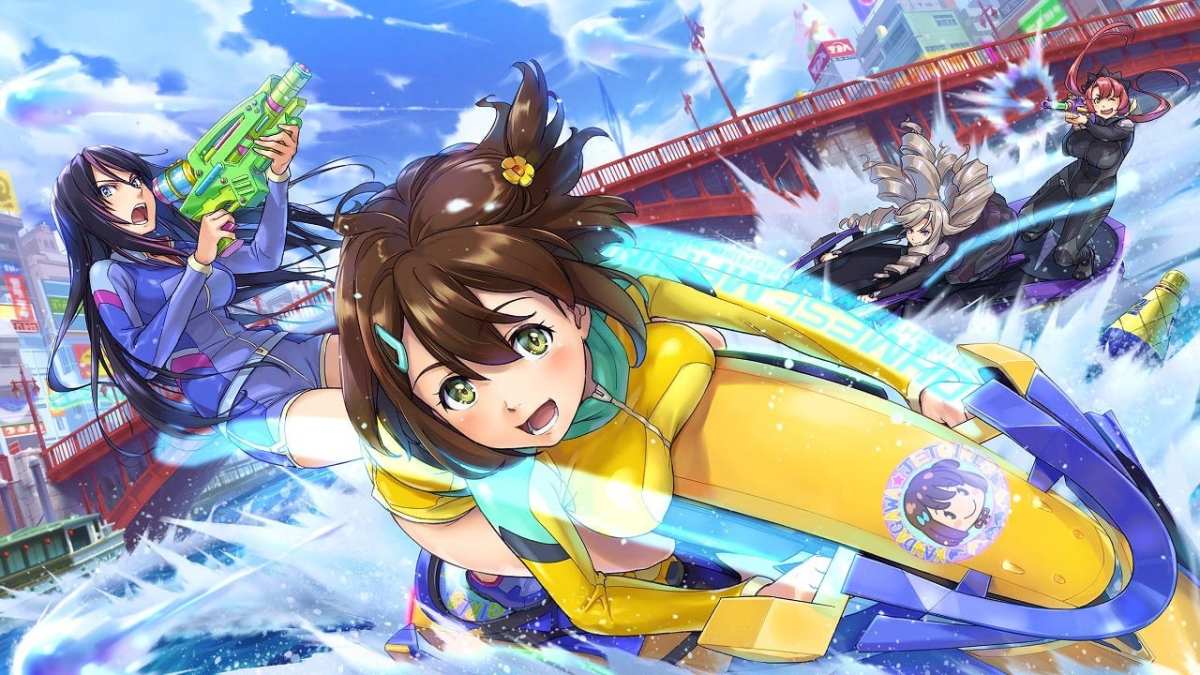 Luckily, Twinfinite met with the creator of the Senran Kagura series in Tokyo, and he kindly provided a lot of information on the game.

First of all, he confirmed that it’s pretty much a racing game on jet skis with water guns.

The development team decided to focus only on PS4 for the time being because they aren’t a big team and they wanted to release the game in a similar timeframe as the anime, so multiplatform development wasn’t an option.

That being said, Takaki-san mentioned that Marvelous will probably consider a PC release afterward.

Interestingly, a report a while ago mentioned that Marvelous Entertainment lowered its earnings predictions for a game because of difficulties implementing fanservice on PS4.

Many assumed that the report was about Kandagawa Jet Girls, but Takaki-san clarified that it’s unrelated.

The development team of Kandagawa Jet Girls intended to showcase “cute and beautiful girls without necessarily pushing the sexual element too much” from the get-go, and they were not required to hold back on anything. Nothing was removed from the original concept due to restrictions related to the platform.

The inspiration from the game came from several directions. Due to the upcoming 2020 Tokyo Olympic Games, Takaki-san wanted to create something related to sports and competitions, while portraying girls working hard together to excel.

He also loves Mario Kart and liked the idea of creating something like Dead or Alive Xtreme with jetski races. He also tried a jetski himself while on vacation, and he was amazed by the experience.

We also learn that multiplayer will be supported, but it’ll be online only.

Last, but not least, the game will include two completely new original characters that “Senran Kagura fans will probably understand and love.”

If you’d like to learn more, you can check out our interview with Takaki-san, who also talked about his future and departure from Marvelous Entertainment.