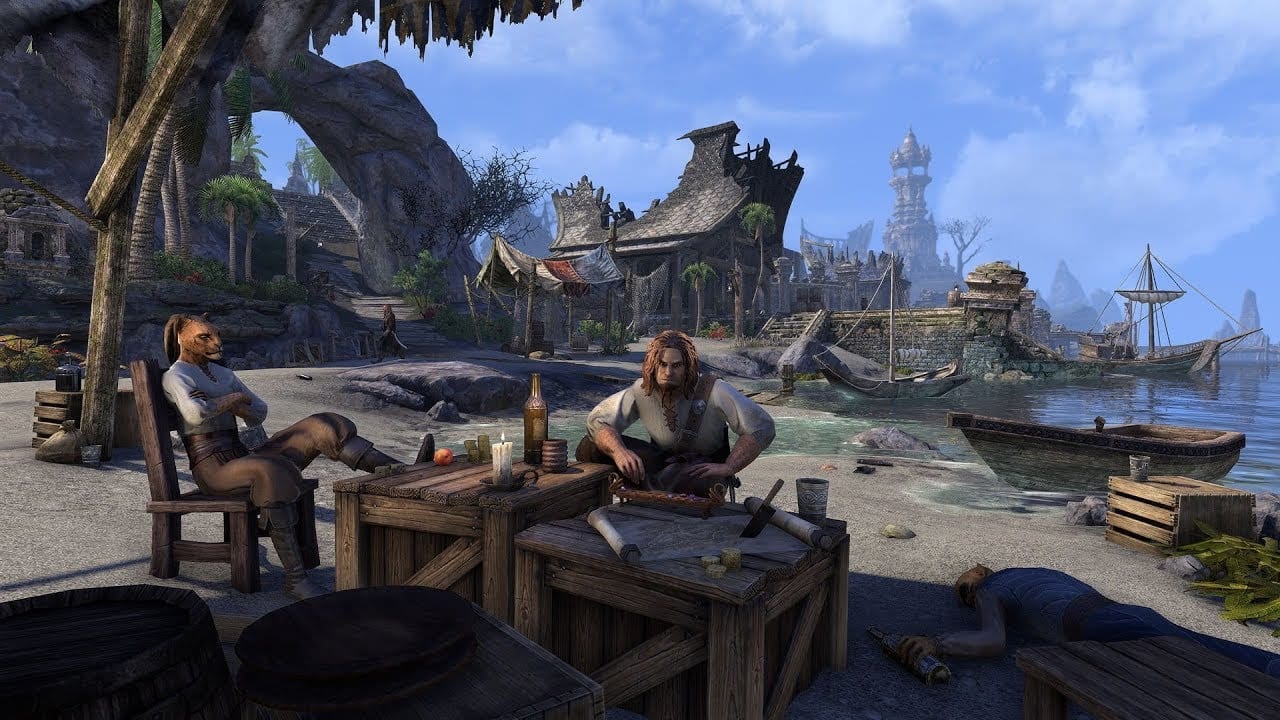 Next Monday will see Elder Scrolls Online (ESO) Dragonhold DLC and Update 24 go live, bringing the year-long season of the Dragon to an end. Yesterday evening, Zenimax Studios presented an extended preview of the upcoming expansion, putting a spotlight on what players can expect to experience.

We hear from Zone Lead Jason Barnes and Lead Writer Bill Slavicsek who provide supporting commentary to the gameplay, explaining the DLC’s new zone, story, and how it ties in with the overall narrative.

Slavicsek talks about how the story fits in with the game’s wider lore; how the Khajiiti kingdom has been ruined by a plague which saw Southern Elsweyr devolved into a lawless region full or pirates and slavers. It will, of course, be up to players to restore the ancient order known as the Dragonguard to set things right.

There’s a stack of new information throughout the hour-long presentation. Notably, we get a flavor for the tone of the new area and its size.

There isn’t any word yet on changes to combat yet, but it’s explained that we’ll learn more Monday, next week, when Update 24’s patch notes go live.

You can check out the full preview below:

Dragonhold will go live on ESO’s Public Test Server on Monday, Sept. 16. To unlock the Season of the Dragon finale quests, players will need to have completed both the Elsweyr and Dragonhold main story questlines.

Dragonhold was first announced during Quakecon earlier this year.