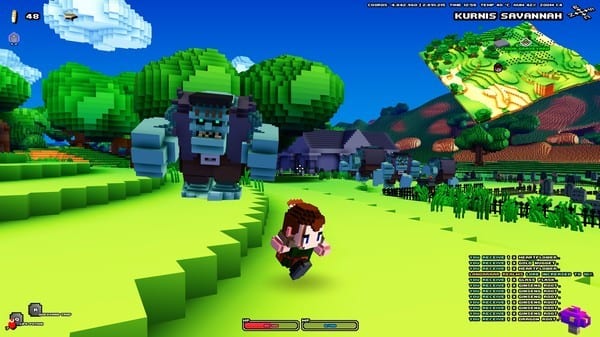 CubeWorld, the voxel-based action RPG created by wife and husband indie developers Wolfram and Sarah Von Funck, will finally be releasing on Steam.

Although there is no date officially set, Wolfram mentions that they are targeting a late September or October 2019 release date.

CubeWorld was initially released in an alpha state back in 2013. The game would periodically (and randomly) be put up for sale directly through the Von Funk’s website during that time to anxious players all over the world who were thirsty to get their hands on a serious competitor to Minecraft.

However, after the initial sales poured in, the Von Funcks seemingly disappeared from the internet. This left fans with a game in an alpha state that was not being updated frequently, despite the Von Funcks promising to do so.

Occasionally, Wolfram (or Wolay as he is known by most) would give fans updates on Twitter, however, those updates were rare and sporadic at best.

With Tweets coming nearly years apart from one another, fans began to wonder if the Von Funck’s were ever going to release the game in an official capacity, or if they just took the money and ran.

In fact, after a certain period of time, the Von Funcks even removed the game from the Picroma website, disabling people from further purchasing CubeWorld.

After that, any fans that didn’t get to the store page were out of luck and were unable to try CubeWorld for themselves. This began their six-year-long wait for the game to finally become available for purchase again.

It wasn’t until today that Wolay took to Twitter to break the good news to fans that CubeWorld will finally be releasing in an official capacity. Not only is it going back up for sale on the Picroma website, but the game will also be coming to Steam.

Wolay has also confirmed that fans that purchased the alpha directly through their website back in 2013 will be able to redeem a code from Steam for free.

Fans of CubeWorld have been patiently waiting for the game to release for over half a decade and are finally now going to get their hands on the updates that the developers have been teasing for nearly six years.

Fans from all over the world are coming out of the bushes to congratulate Wolay and Sarah on getting the game finished.

Despite the harassment that the two developers have faced over the past six years from ignorant fans, they remained vigilant, and are ready to prove the doubters that once accused them of running off with the money wrong.

The release of CubeWorld is a reminder to all that games can take a long time to make, especially for something as ambitious and massive as CubeWorld is.

Stay tuned to the Picroma website and the newly created Steam page for CubeWorld to stay up to date on when the game will be released so that you can finally see the beautiful voxel world that the Von Funcks have created.

As always, stay tuned to Twinfinite for more coverage and information on this story as it develops!