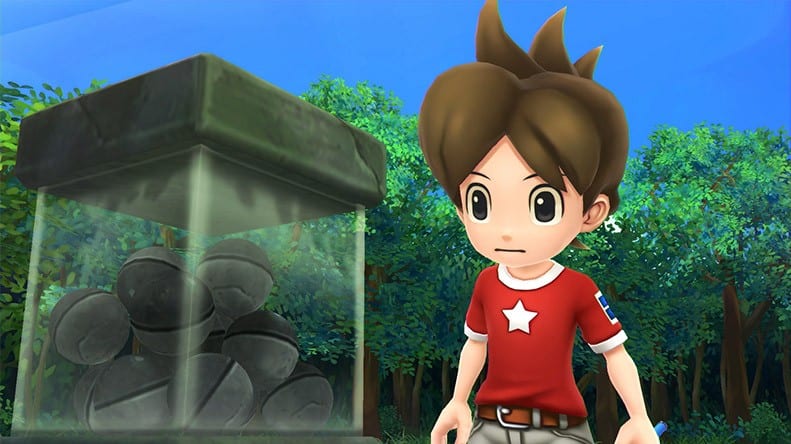 In case you missed the news, this is an HD remaster of the first Yo-Kai Watch game that was released in Japan for Nintendo 3DS in 2013, in order to let new fans enjoy the beginning the story.

The game will include a code that will unlock boss Chairman McKraken in Yo-Kai Watch 4, which was recently released by Level-5.

It’ll be priced 4,980 yen for both the digital download and the physical versions.

Yo-Kai Watch 1 for Nintendo Switch will release in Japan on October 10, 2019, while a western release has not been announced yet.

In case you’re unfamiliar with the franchise, here’s an official description.

“The YO-KAI WATCH game is about hundreds of sometimes cute, sometimes spooky, and usually mischievous Yo-kai that inhabit our world. Yo-kai are not ghosts, monsters or creatures. Yo-kai are, quite simply, Yo-kai. They cannot be seen by the human eye, but they are everywhere. Whether born from the soul of a deceased human, or an everyday object discovering its higher purpose, their personalities are distinctly humanlike.

As you explore the world, use your Yo-kai Watch to find them, befriend them, and turn them into a team to battle other Yo-kai. Befriending new Yo-kai may not be so easy, though – in many cases, you will need to battle with them and impress them during your battle. Each Yo-kai has its own unique skills and strengths and you’ll use them to challenge the evil Yo-kai and help people in need of solving daily problems – like an argument with a friend or forgetting something important – which may be caused by mischievous Yo-kai hidden everywhere.”