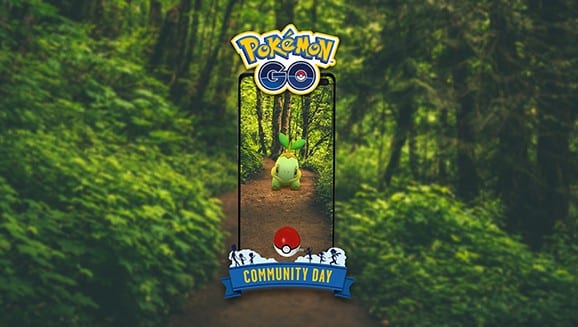 Right on the heels of the August Pokemon Go Community Day — featuring Ralts — The Pokemon Company announced that Sinnoh Grass-type starter Pokemon, Turtwig, will be the featured Pokemon for the September Community Day.

Turtwig is a pure Grass-type pokemon, but it’s third stage evolution, Torterra, is also part Ground-type which gives it access to the powerful move Earthquake. However, if the past is any indicator, it’s a Grass move that will likely be the focus of this Community Day.

All past Pokemon Go Community Day events with Grass-type starters have featured the move Frenzy Plant, so it’s possible that this trend will continue. Yet, the addition Synchronoise, for the August Community Day opens the opportunity to the introduction of any number of moves that aren’t in the game yet. Unfortunately, it’s still too early to determine what the special move will be.

Whatever it ends up being you’ll have one hour after the end of the event to evolve your Turtwigs into Torterras and still get the special move.

Also, like past Community Days, there will be a couple of extra incentives to go out and catch tons of Pokemon. Lure Modules will last for up to three hours so you can take the sedentary route and hang out around just a couple of Pokestops. What’s more, the amount of stardust you’ll collect by catching any creatures will be tripled.

You can check out the official announcement from The Pokemon Company on their website.

If you would like to learn more about this game, then check out our Pokemon Go Wiki.