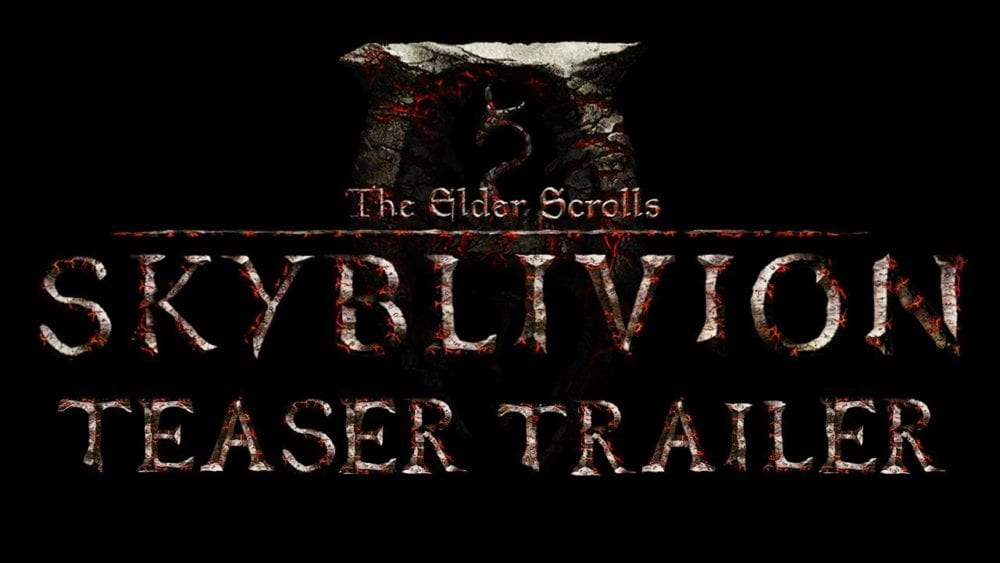 The Elder Scrolls: Skyblivion has been a project very long in the making, but it’s finally edging nearer to completion through a herculean effort from its passionate and dedicated community of modders. Today the team has revealed a brand new teaser trailer and it looks utterly stunning.

The brilliant trailer is both nostalgic and fresh, showcasing the potential of this mammoth undertaking at its very best.

Skyblivion has been in development for roughly seven years, the fanmade recreation has involved over 50 amateur and professional developers who have painstakingly remade The Elder Scrolls Oblivion in Skyrim’s engine.

Earlier this year, Gamespot published a fantastic video feature about the mod’s bumpy development, which I highly encourage you to watch.

Today’s teaser trailer comes with a statement from the project lead:

“We have been hard at work these past few years and recently a lot of that work has fallen into place, finally shaping up to what we can call a proper video game.

We are super excited to see all our hard work pay off, more importantly, though we are excited to show those who have supported us all this time what it has been for. It’s been a long ride but we are finally at a point where the end is almost in sight.

We still need help with the project though, mostly in the 3D and coding departments but concept artists, CK modders and texture artists are always a welcome sight.

Our exterior world map is nearing its final stages of development meaning its close to being completed. Creatures, flora, weapons, armors and 3D assets, in general, are being implemented and produced at a rapid pace and as a result, the world is starting to feel alive. The world is now inhabited by wild animals walking about and monsters trying to kill you at every corner.

Quests have also made some great progress, though a lot of debugging still needs to be done to make everything work as smoothly as possible.”

We’ve heard that the game’s project lead will be attending Gamescom to promote the game, but this is unconfirmed. Twinfinite has reached out for a statement.

[Update]: Twinfinite can confirm that project lead Rebelzize will be attending Gamescom to “meet up with YouTubers, devs and fans of the project.”

You can watch the trailer for yourself below:

Skyblivion still has no release date but you can be sure we’ll keep you posted when that changes. For now, check out the developer’s website or consider supporting the project if you’re so inclined.