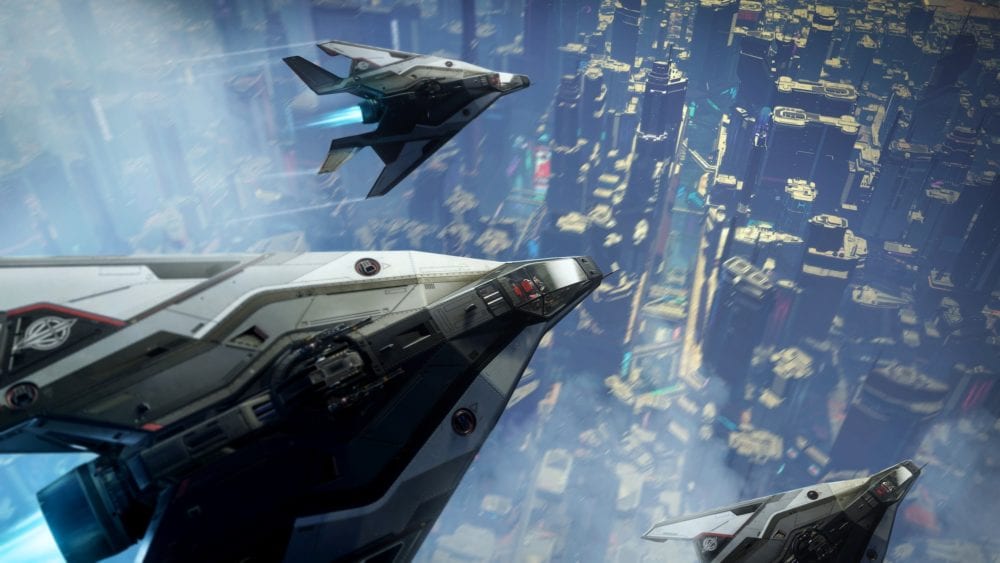 Today’s video showcases some relevant improvements to particles, that have been made more complex and believable.

Another interesting segment shows how the audio team visited a lab to record the sounds of all sorts of chemical reactions. The resulting effects will be used in both Star Citizen and its single player component Squadron 42.

Last, but not least, we’ll get to see more of the upcoming Banu Defender, which will be he first Banu ships to be implemented in the game quite soon. It certainly looks as exotic and as alien as you’d expect.

If you want to see more of the Banu Defender, you can also take a look at last week’s vdeo, which also provided another glimpse.

You can then check out our article about the launch of Alpha 3.6, which is the latest major update added to the game.

For the sake of full disclosure, you should probably keep in mind that the author of this article is among the backers of Star Citizen since the original Kickstarter campaign a long time ago.