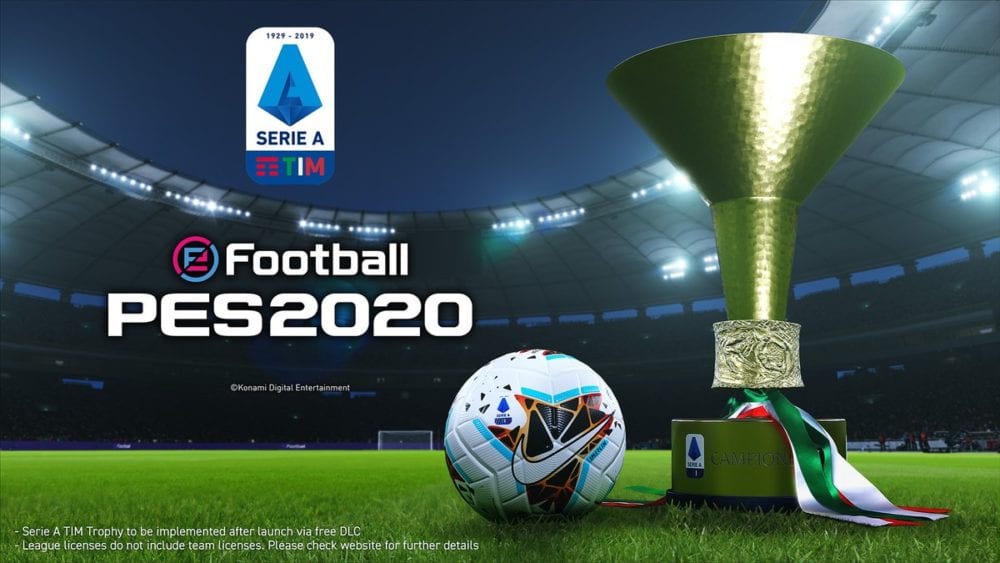 Following the news that Juventus would be exclusive this year’s game, Konami has announced that the Italian Serie A League will be fully licensed in PES 2020.

After years of being short on the official licenses, Konami have stepped it up for this year. Alongside deals that see Bayern Munich, Barcelona, and some English teams feature fully, all the badges, team names, the trophy, and league icon from the Italian League will feature.

That’s not to say that the full league will be exclusive to the game like is the case with Juventus. While FIFA 20 players will have to make do with Piedmonte Calcio instead of Juventus, they’ll still get to see the licences for the rest of the league.

Still, having a fully licensed league is a big step forward for the PES series, which has traditionally been let down by a lack of them. Hopefully this will be a starting point for the series and we’ll see more licenses being added over the coming years.

It could also add more competition to the soccer game space, with more people potentially picking up PES 2020 now that licensing is less of an issue than it was before.

Be sure to check back with Twinfinite if any more licensing deals are announced for PES 2020 before the game releases on Sept. 10. There’s also a demo for the game available now if you want to test it out.