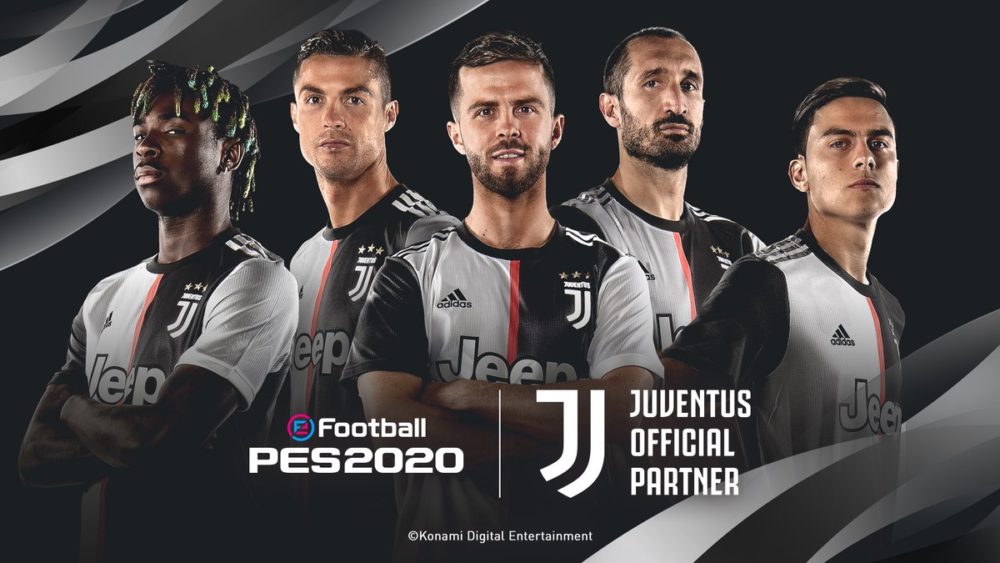 In a continuation of Konami’s efforts to get more licensing rights for PES 2020, it has been announced that Juventus FC will be exclusive to the game for the upcoming season, and the club’s official information will not feature in FIFA 20.

The partnership will see eFootball PES 2020 become the only sports video game to feature the iconic club with the team name, the crest, and official kits all being exclusive.

In Juventus’ statement, they continued by adding, “In addition, the development team has been granted in-depth access to the players themselves, via full-body 3D scan, in order to recreate their likeliness in the game as accurately as possible. ”

The club’s Chief Revenue Officer, Giorgio Ricci, then said of the deal: “We are particularly proud of the partnership signed with Konami. This agreement sees two global football and entertainment icons, PES and Juventus partnering together for the next three years, and it will allow us to easier identify with our younger fans, as well as increase our appeal to both sports fans and those of e-sports.”

We are delighted to reveal our brand new EXCLUSIVE Partnership with #eFootballPES2020 and @officialpes!

Create some magic moments with the stars of our team in the ONLY football video game you can this year 🙌#JUVxPEShttps://t.co/l4TZC41oEppic.twitter.com/98UApa5iNg

That suggests that the club will be exclusive to Konami’s game for the next three seasons at least, which is big news for PES fans, especially considering one of the two best players in the world, Aaron Ramsey (er, I mean Cristiano Ronaldo), is one of the club’s talismen.

A lot of soccer fans are wondering what this means for FIFA 20 though.

Shortly after PES 2020’s announcement, EA Sports released a statement on the changes that this deal have on their game. In FIFA 20, “Piemonte Calcio will be a new playable team in FIFA 20 with a custom badge and kit throughout Kick-Off, Career Mode, and EA SPORTS VOLTA Football,” replacing Juventus.

However, in all other ways, FIFA 20 will be unaffected. Piemonte Calcio will still be a Serie A club, chemistry will still work in the same way in Ultimate Team, and players will still have their real names and likenesses.

EA’s statement only referred to FIFA 20, but Juventus’ comment on a three year partnership deal suggests that the series may be affected further going forward. Also, while EA’s deal with Juventus ended on June 30, FIFA 19’s content will not be affected.