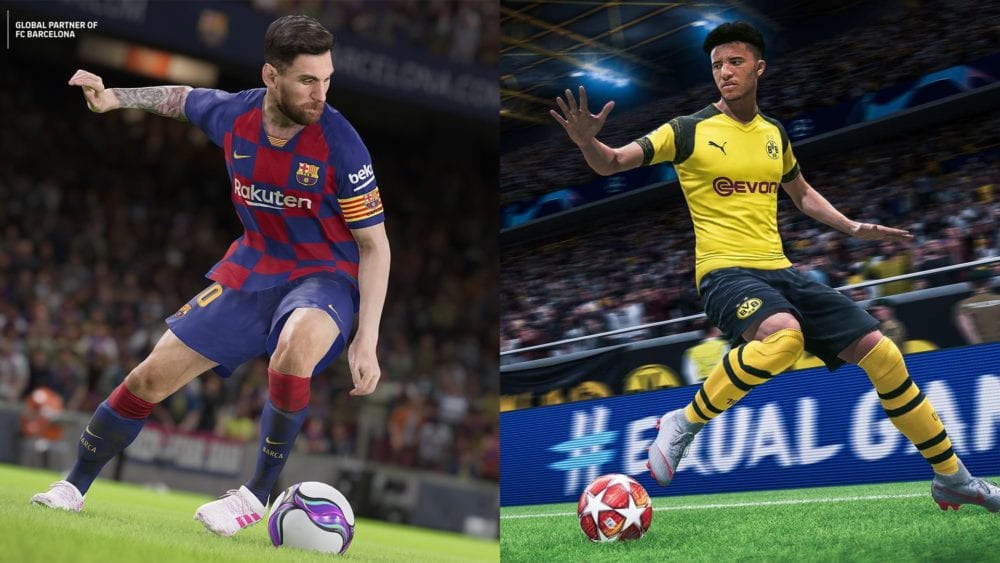 With the domestic seasons over, it’s time for the next round of soccer games to start showing off what’s new. PES 2019 had a quiet year once more as FIFA 19 took the limelight, even with a myriad of issues.

A near constant stream of live content, no matter how good it was, on top of presentation quality and licensing was enough for people to forget about the actual gameplay quality of Konami’s series.

Recently, I got some hands-on time with both new games to see if the story will be any different for fall 2019’s games. 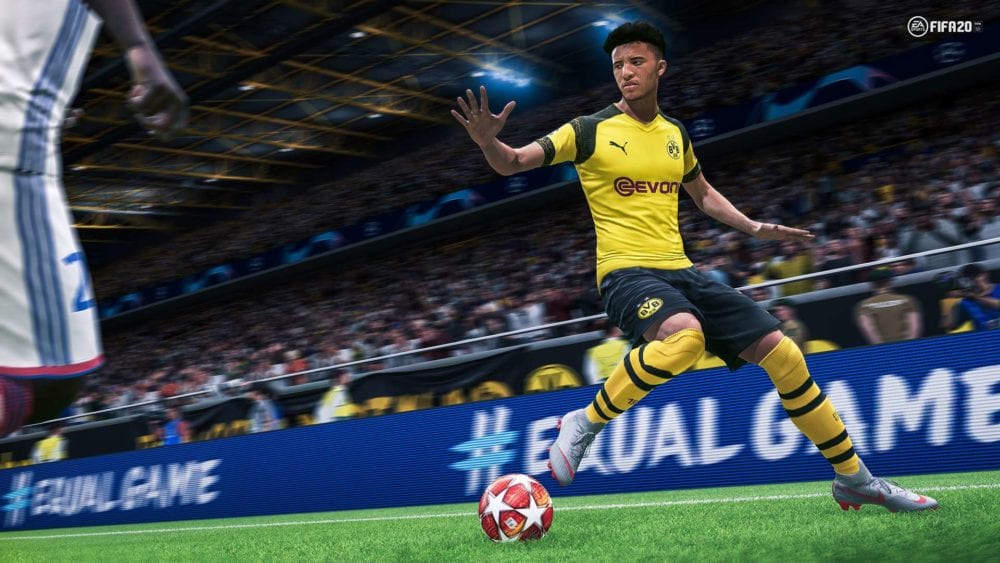 As is always the case when EA Sports first reveals a new FIFA title, the messaging has been very precise. The introduction of Volta, the new FIFA Street inspired mode, and the outlining of efforts to fix FIFA 19 specific complaints, are all we’ve heard about.

We’ve heard nothing about changes coming to Ultimate Team, Career Mode, and Pro Clubs. More will be revealed about those modes in the coming months, but we’re stuck with analyzing what we know from now on.

This continues the trend of FIFA being difficult to predict though. The gameplay additions introduced for 19 were great on paper, with Timed Shooting designed to add a skill gap.

However, EA Sports struggled to balance the game effectively, basically abandoning the game in January, leaving it in a state where flicking the ball up to yourself forty yards from goal and volleying it home was easier than scoring a one-on-one from five yards. From the “surprise mechanics” to gameplay, it was unbalanced.

Therefore, making a balanced game should be one of EA Sports’ priorities for FIFA 20, alongside continued server stabilization and improvement efforts. The new gameplay features outlined are certainly promising, but it’ll be difficult to gauge how successfully they’ve been implemented until online play is available to test.

From the two games I played at E3 2019, the changes are certainly noticeable. FIFA 20 is undeniably slower than before. Holding A/X to contain attackers is no longer as useful, promoting manual defending. There still seems to be some way to go with balancing that, as unnatural ball movements cropped up from time to time, but it should make play in the final third more exciting and skill based.

Most of the main FIFA 19 OP tactics don’t work anymore either. I tried flicking the ball up to myself at the edge of the box and my player fumbled the ball around before losing possession, and chaining skill moves like La Croqueta isn’t possible. Timed Shooting is also a lot harder to get right with it being reduced to 2-4 frames, so build up play is emphasized.

These are all things that fix issues with FIFA 19, but only time will tell how they play out in 20. The new ball physics that should make manual defending more rewarding need to be noticeable and the balance in attacking play needs to be right, and quickly.

Volta is an interesting prospect too. It’s not clear quite yet how it’ll fit in with the rest of the game’s modes, but a spiritual return for FIFA Street is something that players have wanted for years.

It’ll be fun at launch, there no doubting that, but I’m worried that it’ll go the way of The Journey. I can see players getting bored very quickly and sticking with Ultimate Team, just as many did with the previous story mode.

While EA Sports are aware of the desire, having no online co-op options is a real oversight. It’s been needed in other modes for a while, so not to include it in a new mode is a strange decision to say the least. Without a social aspect, I can see players dropping Volta very quickly, no matter how fun the skill-focused gameplay is. 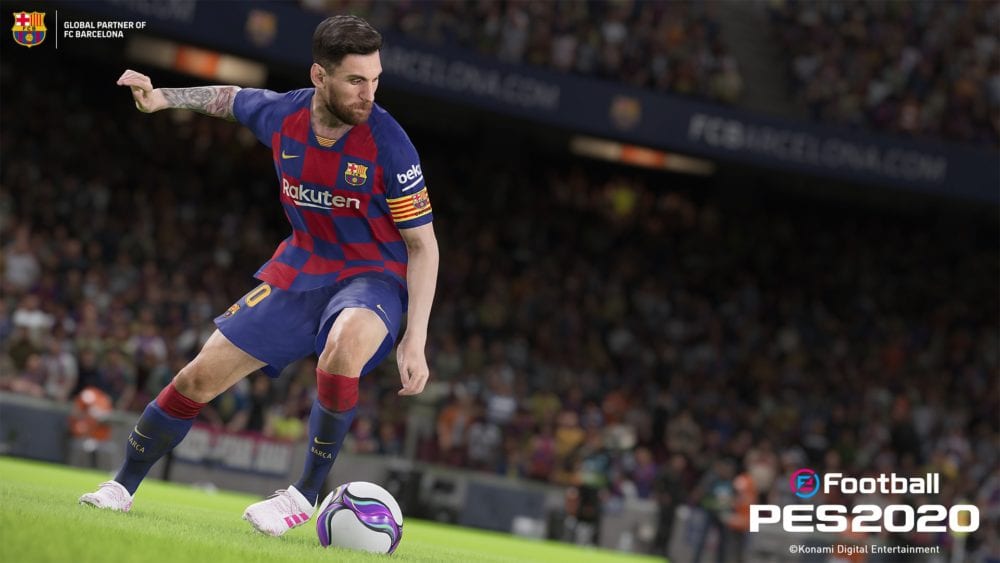 For PES, the story is very much still the same. The new game shines in the ways it always has, but is let down by the same things too. Let’s gloss over the ridiculous new name that must just be a way to promote an esports focus, too.

As usual, PES 2020 features a more precise version of football. Players move realistically, using the part of their body that makes most sense when controlling the ball. There are some unnatural stutters in some shooting animations and in celebration, but the flow of the game is much better than FIFA’s, for the most part.

The new Finesse Dribbling mechanic should only make moving with the ball even better. Drafting in Andres Iniesta to help perfect how the ball and players move on the pitch, PES 2020 gives you immensely tight control over the ball.

Ball rolls, body faints, and close dribbling can all be done with precise movements of the right stick, opening up new passing lanes and attacking options.

I did notice in my time playing that one tactic, in particular, stood out as useful. Marauding full backs were a great out ball. Opposition defenses seem to play very narrowly, giving plenty of room for right and left backs to overlap to get a cross in.

The actual act of scoring from a cross is tricky, but getting into positions to get the chance was simple and might need tweaking as players get used to swinging the ball into the box accurately.

Passing definitely felt more impactful than dribbling too. I found breaking defensive lines with through ball significantly easier than dribbling through them, even with the likes of Messi, which isn’t as satisfying.

PES 2020 once again lacks that certain something that FIFA does, though. Something about FIFA keeps you engaged. There’s something in the arcadey feel or overall presentation quality that makes it more successful. Of course, the licensing and constant live content plays a big part in that, but FIFA’s gameplay feel more fun too.

PES 2020 will certainly be for some people due to its more realistic simulation of football and on-pitch visual superiority, but it still falls short in the all-encompassing experience that keep people engaged all season.

There will be some menu and UI changes that bring PES forward, and there are improvements coming to Master League and MyClub. There would need to be an overhaul of sorts to match what EA’s series does, though.

For me, PES 2020’s gameplay is a little mundane. If realistic first touches and precise shooting mechanics are your primary desire for a football game, PES will be your best option, but it’s not going to be the full package for those interested in all aspects of the sport.

Conclusion – Which Is Better? 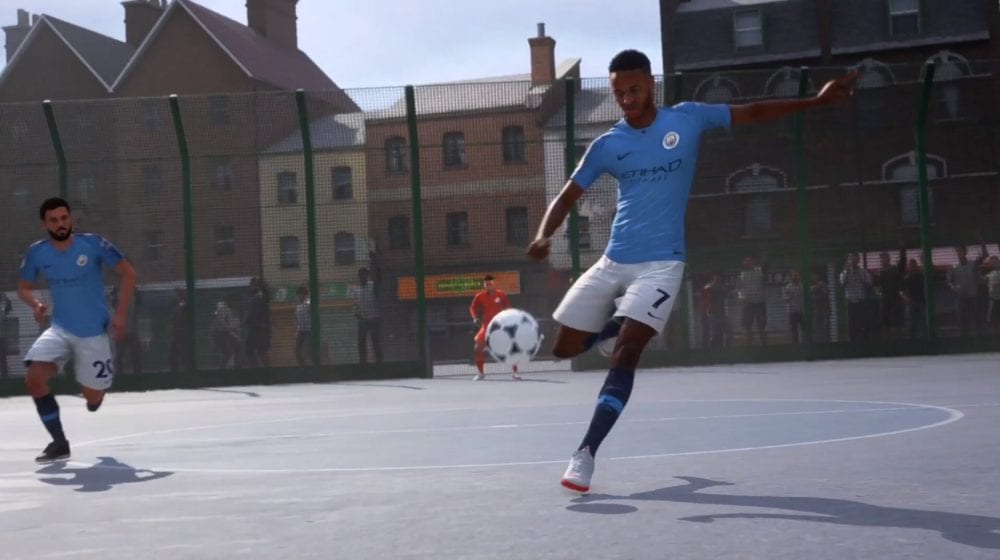 As is often the case with these rival games, you’ve probably already decided which is for you due to what you look for from a football game. If slow intricate play is for you, PES is the best option, but it doesn’t have the content and personality to match FIFA.

PES 2020 will be more of the same, doubling down on the quality gameplay feel with the addition of Finesse Dribbling. It’ll still lack the licenses, the menus will be behind the curve, and Ultimate Team’s content will likely show up MyClub’s.

However, it’s always difficult to tell what you’re going to get from FIFA. The new gameplay features are promising and feel well implemented from what I played, but balance is often an issue.

PES 2020 had a good footballing base to work on, while FIFA 19 is one of the worst examples of realistic football in a long time.

Elsewhere, Volta is a big new mode and something that sets FIFA 20 apart from PES 2020, so that will likely give it an advantage. It’s the first major new feature since The Journey and is essentially the incorporation of a separate game series into the narrow FIFA world.

Looking straight at additions, FIFA 20 is certainly taking a bigger step forward than the competition, but the improvements to what already exists need to have the desired impact.