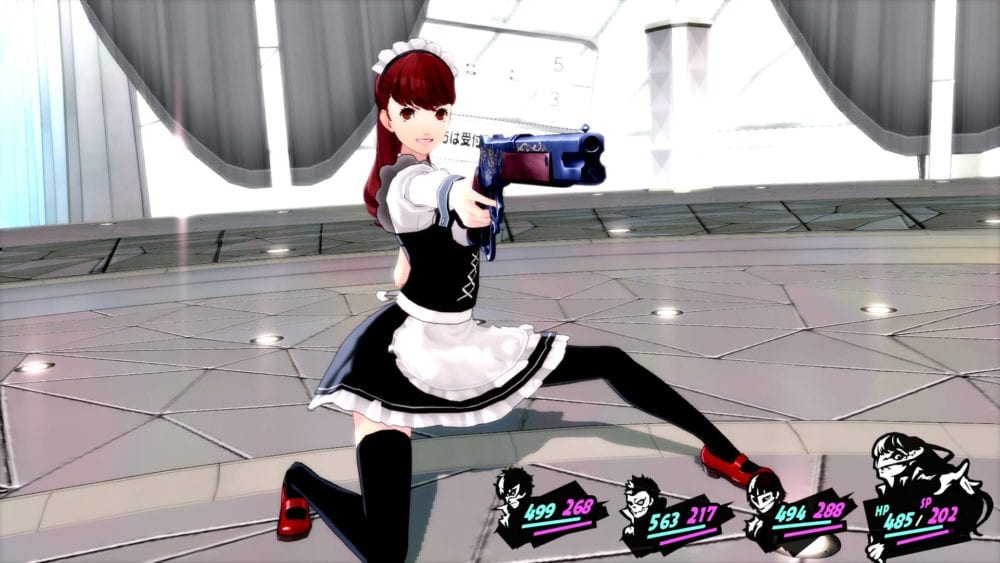 Atlus released a batch of new screenshots of the upcoming JRPG Persona 5 Royal, which is said to improve considerably over the existing Persona 5.

The screenshots were revealed via Twitter and focus on DLC costumes and the Baton Touch mechanic.

The tweets reveal that there will be new costumes released for Persona 5 Royal, but that’s not all, the new heroine Kasumi Yoshizawa will also get her own version of the existing DLC costumes.

The baton touch mechanic, also portrayed in the screenshots, lets you chain attacks as long as you strike the weaknesses of the enemies, increasing attack and recovery power.

If you manage to do a full chain with all your party members, the last attack will be executed at no cost.

If you want to see more about the game, you also enjoy the latest English trailer, the previous trailer and gameplay reveal, including Goro Akechi, Jose and Mementos, two recent videos focusing on the new character Kasumi and additions to the battle system and two more showing another look at the new features.

We then have a recent trailer in English, a batch of gameplay screenshots, the first character trailer focusing on Kasumi the second showcasing Ryuji, the third starring Ann, the fourth focusing on Yusuke, the fifth showcasing Makoto, the sixth featuring Futaba, the seventh showing Haru, the eighth starring Morgana, and the ninth focusing on Takuto Maruki.