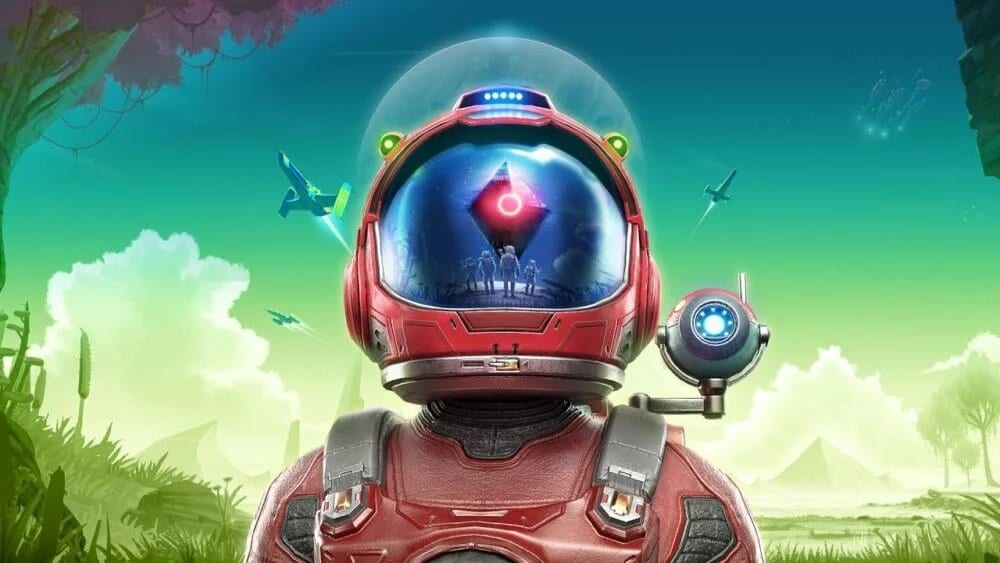 Alongside the addition of the ability to ride and even milk the creatures you find in the world, No Man’s Sky’s Beyond update added VR compatibility to the game on PS4 and PC, but how it works can be confusing for seasoned players who haven’t played the tutorial. So that you can explore easily, here’s everything you need to know about how to fly your ship in No Man’s Sky VR.

If you’re using a controller just as you would if you were playing without VR, it all remains the same. Use R2 if you’re on PS4 to begin accelerating, and the right stick to change direction. Everything remains the same, you just move a little differently.

However, it all changes if you’re using motion controllers.

How to Fly Your Ship in No Man’s Sky VR

When you first get into your ship while using Move Controllers if you’re playing on PSVR, you’ll be controlling your two hands independently. You need to use the joystick and lever in front of you to get going.

To grab the joystick and lever, you need to hold the trigger on the move controller in each hand. Then, to speed up, push your left hand forward, moving it towards you to slow down.

To change direction, have a play around with the stick in your right hand. It takes a little bit of getting used to, but it works like the flying in most games. Moving it towards you will see you fly upwards, and away from you is downwards.

That’s everything you need to know about how to fly your ship in No Man’s Sky VR. For more tips and tricks on the game, be sure to search for Twinfinite. We have also listed some other helpful Beyond guides down below.

Destiny 2 Dawning Recipe: How to Make Chocolate Ship Cookies
Immortals Fenyx Rising: How to Get the Glider & Fly
Battletoads: How to Enter DLALA Code (The DLALA Code Achievement)