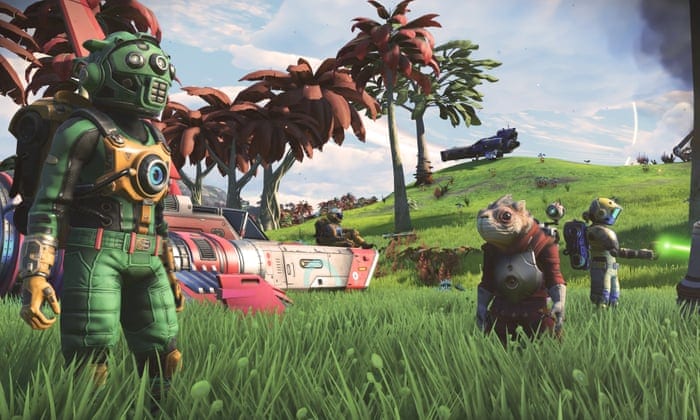 No Man’s Sky is working its way back into the hearts of fans, as Hello Games is set to release yet another free, extensive update for the game. While the latest news has confirmed a bevy of new features to expect from the action-adventure survival game’s new DLC, some players may be wondering if No Man’s Sky Beyond is cross-platform (or cross-play) compatible.

Is No Man’s Sky Beyond Cross-Play Compatible?

Unfortunately, No Man’s Sky Beyond will not be cross-play compatible. That means that players will simply have to stick to whatever console they are currently playing on in order to play with friends.

On the bright side, players should be excited about the new multiplayer features they can expect from the title.

For the first time in the game, you’ll be able to go on missions, interact with, and simply see other players. While it can range depending upon the lobby you’re in, it is entirely possible to run into upwards of 16 to 32 people throughout the world.

Alongside this, players should also keep in mind that, while it may not be cross-compatible at the moment, the creators didn’t entirely rule out its inclusion in No Man’s Sky at some point down the line.

When asked if the game has cross-platform play by Eurogamer, creator Sean Murray stated: “maybe one day.”

That is everything you need to know regarding whether No Man’s Sky Beyond is cross-play compatible.

For more helpful tips, tricks, be sure to check out our ever-expanding guides wiki for the game. We’ve listed a few of our more popular No Man’s Sky guides for you down below.

Comments
Continue Reading
Related Topics:answered, compatible, cross-platfrom, is it, No Man's Sky Beyond, play with friends