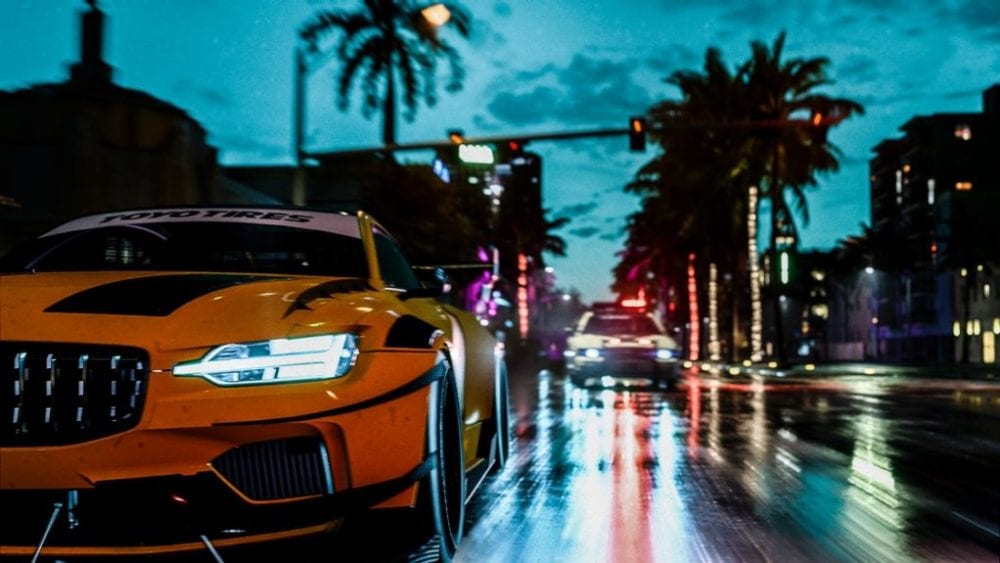 Police chases are an important part of the upcoming Need for Speed Heat, and the development team is taking them seriously.

Today Twinfinite talked with the game’s Producer and Lead Designer at Gamescom, and they taled extensively about the team’s effort to provide an engaging cop experience.

Improving the cop experiences has been one of the main focuses for the developers.

Cops really shine at night time when they play rougher: chases escalate thanks to the concept of heat that you build up during the night. The more heat you accumulate the more and tougher cops will appear.

The team continued to build on top of the tools the cops had in Need for Speed Payback, and now they have Rhinos that will charge at you and helicopters.

You can beat the cops in many ways: by outrunning them, by outmaneuvering them and finding places to hide, or by being aggressive yourself, using the world  as a weapon and pushing the cops to smash against other cars or obstacles.

As a result, the developers believe that the cop experience has been “improved greatly” from past games.

Interestingly, the heat you accumulate doesn’t deplete for the rest of the night. Even if you escape a chase, your heat level remains, so if you run into the cops again, they will resume the chase with your existing heat level instead of starting from zero.

This creates an interesting risk/reward situation. If you quit early, you can bank some rewards without excessive risks.

On the other hand, you can opt to push your luck and face the growing threat represented by the cops.

The heat level acts as a multiplier on the rewards you earn during the night, but it works only if you don’t get busted and don’t wreck your car.

If you do, you lose that massive bonus, which creates an interesting risk/reward mechanic, letting you decide whether to play it safe or to push as much as you can to maximize your reawards.

Stay Tuned on Twinfinite for the full interview, coming soon.

Need for Speed Heat will release for PC, PS4, and Xbox One on November 8.

If you’d like to see more, you can enjoy yesterday’s trailer and another from a few days ago.