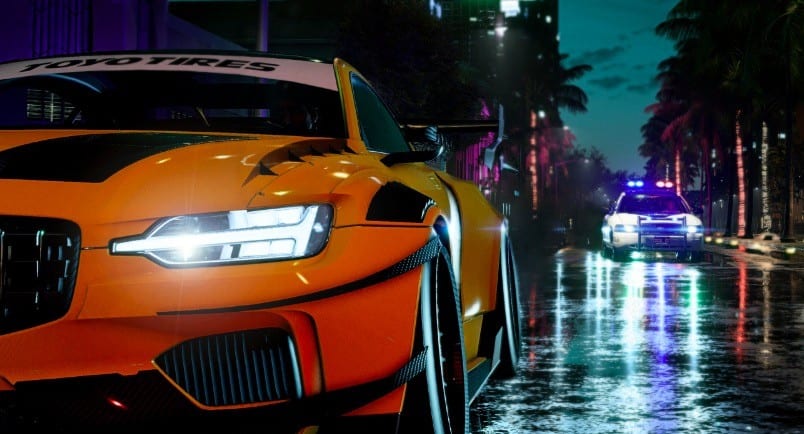 EA and Ghost Games have finally pulled the curtain behind the next entry in the Need for Speed franchise. Need for Speed Heat is the finalized title of the game and you can watch the brand-new trailer down below.

Here’s a quick synopsis of what the racing game has to offer, coming from EA themselves:

“Hustle by day and risk it all at night in Need for Speed™ HEAT, a white-knuckle street racer, where the lines of the law fade as the sun starts to set. By day, Palm City hosts the Speedhunter Showdown, a sanctioned competition where you earn Bank to customize and upgrade your high-performance cars.

At night, ramp up the intensity in illicit street races that build your reputation, getting you access to bigger races and better parts. But stay ready – cops are waiting and not all of them play fair.”

Pre-orders for the game are available now and we have info for both versions right here.

For pre-ordering the Standard Edition, players will get access to a K.S Edition starter car. As for the Deluxe Edition, not only will you also have access to that same car, but you’ll also get these goodies too:

Need for Speed Heat will launch worldwide for PlayStation 4, Xbox One, and PC on Nov. 8. The game will be available a few days early on Origin Access Premier and for a Play First Trial on Nov. 5.