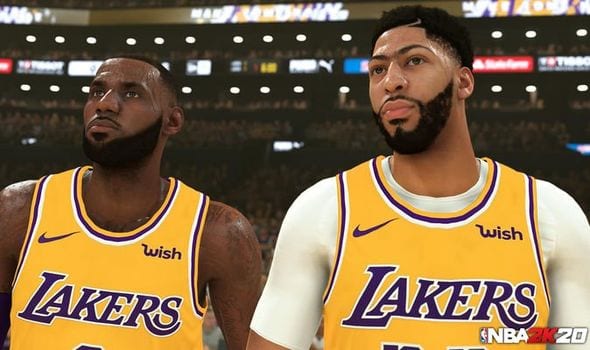 This morning, the official NBA 2K channel on YouTube released a new video to hype up NBA 2K20, the next title in the long-running basketball simulation franchise. They showed brand new gameplay footage of Anthony Davis in his Lakers uniform, Kawhi Lenoard as a Clipper, and many other players in their new jerseys.

There was also a major focus on the Duke University star, now Pelicans number one draft pick, Zion Williamson. This isn’t our first time seeing Williamson in action on the new NBA 2K title, but this video gave us more gameplay footage than his gameplay reveal trailer.

Besides the biggest name joining the league this year, this trailer also showed off numerous players on their new teams for the first time. It will be interesting to see how all these offseason trades and new acquisitions will impact team ratings in this upcoming version of the game.

This video also just drives home the fact for NBA fans that this offseason has been incredibly active when it comes to completely shaking up the balance of power around the league. The West is still the toughest place to win, but seeing Anthony Davis right next to Lebron on the Lakers and James Harden passing to Russell Westbrook on the Rockets are both incredible sights to see.

The tag line used at the end of the video, ‘Welcome to the Next’, rings true throughout the entire trailer as this season is going to have a different feel thanks to the massively changed rosters on numerous teams.

The video closes out by showing off the three covers for the three different purchasing options for the game. We already knew what they looked like and who the cover athletes are — Anthony Davis for standard and digital deluxe, Dwyane Wade for the legend edition. If you’re looking to pick up NBA 2K20, it releases for PS4, Xbox One, Switch, and PC on Sept. 6, 2019.