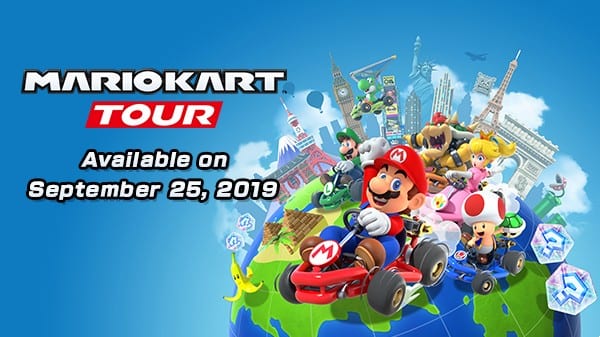 Nintendo announced an official release date of Sept. 25 for the upcoming Mario Kart Tour launching for iOS and Android devices.

Mario Kart Tour, originally announced in 2018, will be free-to-start and will require a persistent internet connection and Nintendo Account to play.

According to the description, Mario Kart Tour will feature classic Mario Kart courses alongside tracks inspired by real-world cities. The tracks will be grouped in “tours” that will rotate every two weeks.

In addition to the online multiplayer versus mode, the game will feature bonus challenge courses with an objective to complete. Some examples include “Vs. Mega Bowser” and “Goomba Takedown,” which looks to be driving around a course trying to knock down a certain number of Goombas stacked in pyramids.

The game will have items on the racetrack and a Frenzy mode, which will give an unlimited supply of an item and invincibility for a short time after activating.

Pre-registration is now available for both iOS and Android platforms, allowing users to be notified or download the game as soon as it comes out.