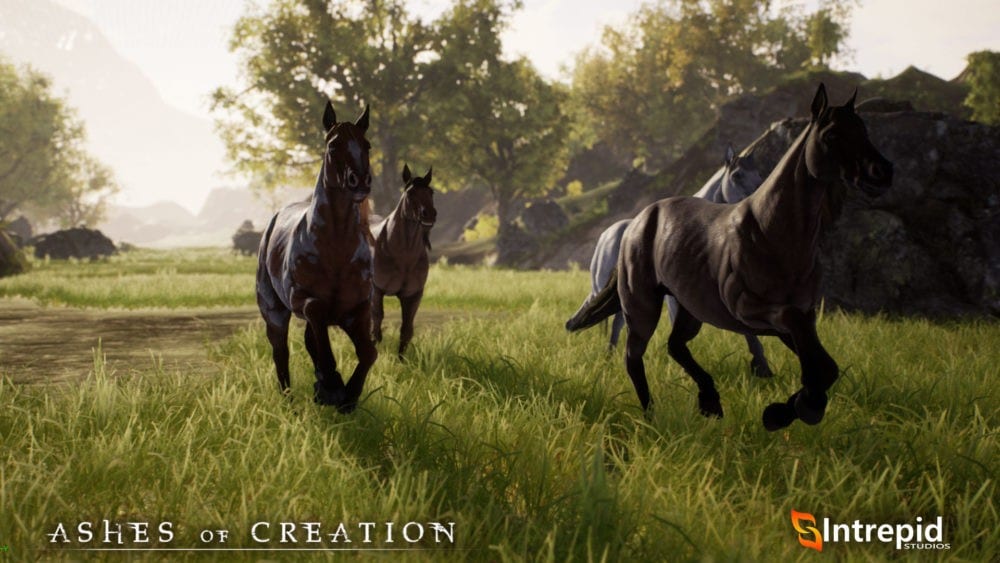 Ashes of Creation developers Intrepid Studios shared their most developer update today with a special focus on horses. Obviously any proper game set in a fantasy world with the word “Final” in front of it is going to have horses, so Intrepid spent some time today showing off the creation process, and discussing a bit about their role in-game.

Specifically, horses will play a key role in the Animal Husbandry profession in Ashes of Creation. There are standard domesticated horses that can be purchased from stables, but there are also wild horse herds that can be tamed for their unique traits.

According to the post, horse herds are the “gateway” to which players can discover lesser-known exotic variants that have unique powers.

Animal herds in general can be utilized as a resource according to Intrepid. Our impression from that is that these herds can be tapped to provide a useful resource by a player that is skilled in Animal Husbandry.

If you’re into into horse lore in Ashes of Creation, there’s also plenty of that in the blog post, but other than that, that’s all the hard details we got out of this update.

Finally, there is also a video that goes into a bit of how the horse was created in Ashes of Creation. If that’s something you’re into checking out, bam there it is below.

Ashes of Creation is a still in development Kickstarter MMORPG. Backers are currently waiting for the Alpha-1 release which will give players their first taste of the ambitious project.