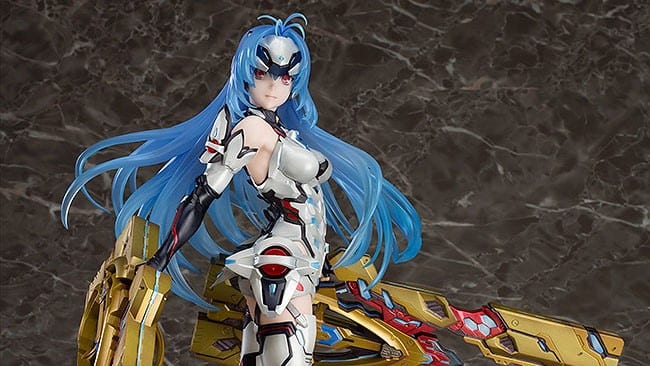 One of the best Easter Eggs in Xenoblade Chronicles 2 is the KOS-MOS Blade, known in Japan as KOS-MOS Re: from Xenosaga. Now you can have her on your shelf in real life.

She was originally revealed at Wonder Festival in February and she comes in 1/7 scale, for approximately 210 mm of gorgeous PVC and ABS.

She is sculpted by Akimofu and painted by Hajime Akimoto. She comes with her giant cannons and even the option to display her with her visor lowered.

“Launching attack.” The rare blade is now a scale figure!
From the Nintendo Switch game “Xenoblade Chronicles 2″ comes a 1/7th scale figure of the rare blade KOS-MOS! Kunihiko Tanaka’s original illustration has been recreated in outstanding detail, equipped with her two Zohar-shaped Ether Cannons. An interchangeable front hair part is included to display her with her visor down.”