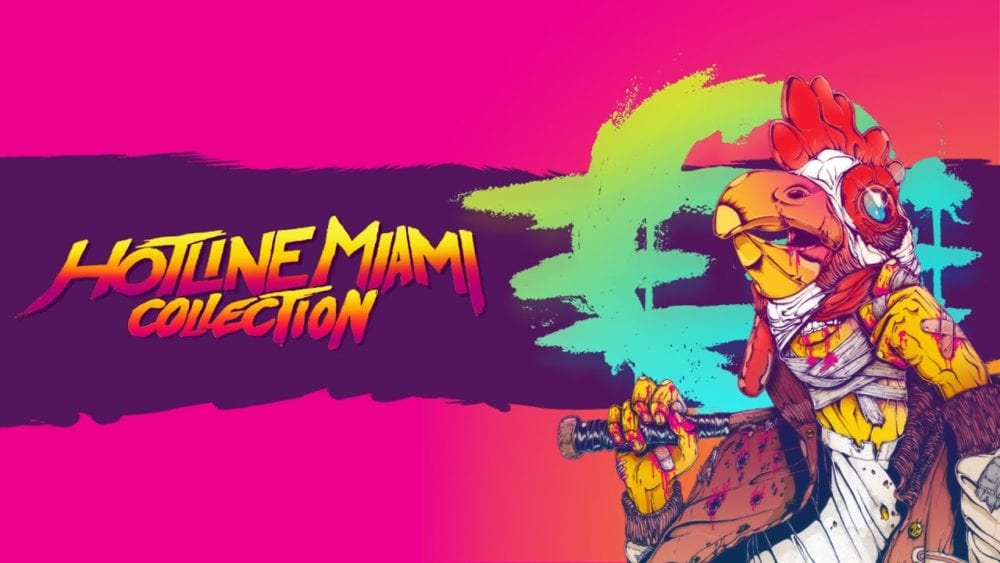 Devolver Digital has just announced that both Hotline Miami games are now available on Nintendo Switch as the Hotline Miami Collection.

The top-down shooters have been hugely successful on other platforms, the original having first been a Steam-only PC title which was later brought to consoles, including PS Vita.

Taking place in the titular city of Miami, the game’s whacky story follows an unnamed protagonist who’s encouraged to perform hits on members of the Russian mafia at the behest of a mysterious individual who calls his residents.

The Hotline Miami games are known for their fast-paced combat, brutal pixelated violence, and pumping synthwave beats. Gameplay is an addictive mash-up of strategy and reflex shooting, with players choose different masks at the start of each level that grant various abilities and attributes.

The second game in the series, Hotline Miami 2: Wrong Number, was released in 2015, adding new gameplay mechanics and fleshing out the series’ story. It wasn’t quite as well-received as the first game but is still well worth playing, as we noted in our review.

You can check out the trailer for the Hotline Miami Collection below:

A string of new indie games are making their way to Nintendo Switch over the next few months, the Nintendo World Indie Showcase revealed today. Ori and the Blind Forest Definitive Edition was among the big announcements, though we’ll have a full wrap-up publishing later today.