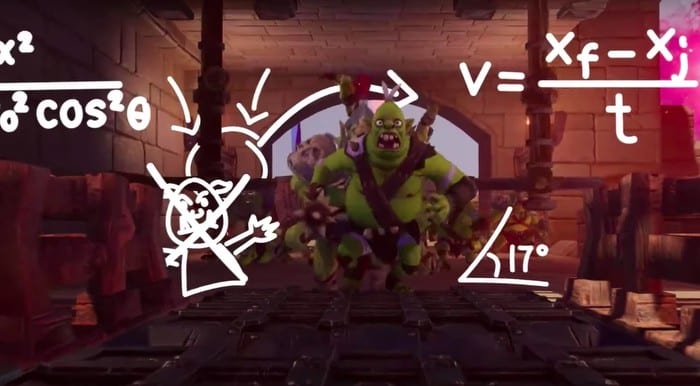 Update: Robot Entertainment has clarified that Google falsely stated Orcs Must Die 3 was a Stadia exclusive title. Instead, it is only a timed-exclusivity title for the Stadia. This article and its headline have been updated accordingly.

Original Story: Google and Robot Entertainment have unveiled the newest entry in the Orcs Must Die franchise with Orcs Must Die 3, a Stadia title with an impressive scope.

Shown during Google’s Stadia live stream tied to Gamescom 2019, the trailer gives a glimpse of what players can expect from the latest entry in the trap and tower defense series.

As the resident of a castle besieged by an army of orcs, players will need to set traps to smash, shoot, flatten and incinerate their orcish invaders by any means necessary. This entails more variety than one would expect however, with everything from simple floor traps to outlandishly destructive magic bombs that can be hurled at the ever increasing waves of orcs.

Likewise, the sheer mass of enemies to deal with is posited as a major selling point for Orcs Must Die 3. Up to 500 orcs are rendered on screen at a time, all moving and fighting with the same smooth flow of graphical fidelity that those closest to the player exhibit.

Orcs Must Die 3 doesn’t currently have a release date or window.

It’s certainly got potential, and fans of the series won’t be disappointed by the leap up in graphical quality from the last installment. Of course, they’re free to make their own judgement by viewing the full trailer for themselves below.

Orcs Must Die 3 is only the latest of several titles revealed for the Google Stadia, a new full digital platform in development by Google. For more on all of the announcements made about the platform, stay tuned to Twinfinite.net for all of the latest news as it becomes available.

Likewise, check out some of our past coverage of announcements tied to the Google Stadia through our archive here.