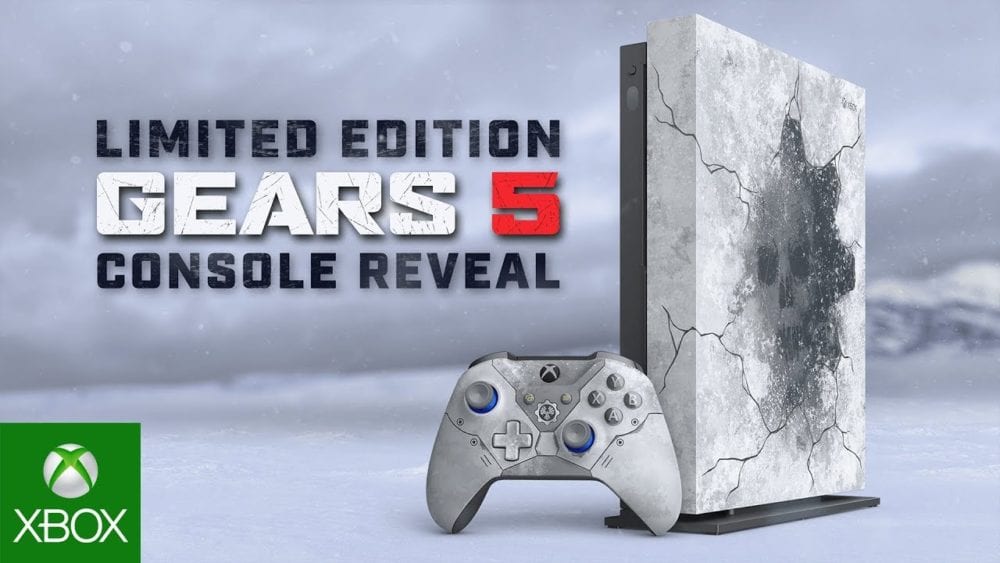 Microsoft is celebrating the upcoming Gears of War 5 with a limited edition console release, the company announced today with a trailer and blog post. The Xbox One X Gears 5 Limited Edition Bundle is priced at $499, while there’s an Xbox One S version for $299. Select accessories are also available to pre-order from today.

Designed by The Coalition and the Xbox Industrial Design Team, the new Xbox One X design is the first the Project Scorpio Edition, Microsoft notes. The console bundle includes:

The console’s design is described as featuring “a never-before-seen dark translucent casing and laser-etched cracks across the console’s icy top surface, with snow drifting across a golden Locust symbol on the back.”

But if you’re not in the market for a full console bundle then select accessories are also available. These are as follows:

Seagate Game Drive for Gears 5 Special Edition, which “also includes a Lancer weapon skin, Supply Drops for use in Gears 5, and a 1-month Xbox Game Pass Ultimate membership to play Gears 5 in early access four days early before its September 10 launch.” GameStop will be stocking a 5TB version, too.

You can check out the console trailer for yourself below:

In related Xbox and Gears of War news, Games with Gold is headlined by Gears of War 4 in August, giving you just enough time to get up to speed with the story if you haven’t already.