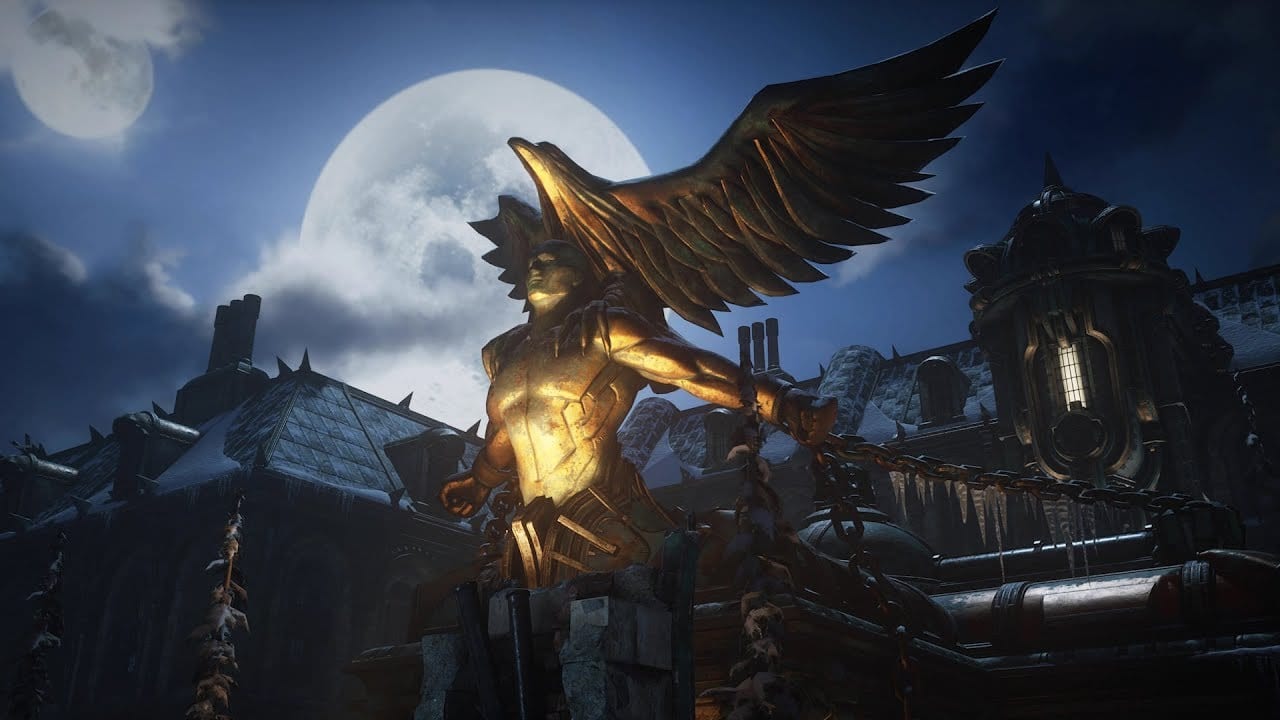 Today in a new developer post released on Gears 5’s, The Coalition spent some time discussing a potpourri of topics that should be of note to fans of the game’s multiplayer modes.

The most notable is the reveal of the game’s multiplayer launch map pool along with the maps for the new co-op mode, Escape, via a new video which you can check out below.

The map pool appears to be quite diverse and each seem to have a unique defining feature. Let’s run through them.

Asylum should remind fans of Tyro Station as it features a train which runs across the map. Bunker is described as a large arena style map. District is perhaps the most glamorous map in the series’ history as it takes place in a glitzy downtown area.

Exhibit is an asymmetrical map that takes place in a museum that has lasers which protect the art, but will burn players up. Icebound has frozen lakes that can be cracked free to create pockets of slowing and damaging freezing water.

Training Grounds as you can imagine, is a combat training facility which features lots of winding cover and long lines of sights for sharpshooters; in other words, an ideal battlefield. Vasgar is another asymmetrical map with long flanking paths on the sides and exposed shortcut through the middle.

The three maps shown in the video for Escape are The Descent, The Mines and The Gauntlet. The Descent has you, well, descend and then have to work you way back up. The Mines features choices on which path you should take. And The Gauntlet has you overcoming waves of enemies while keeping away from a roided out Locust.

All in all, on paper the maps sound fantastic, but we’ll have to wait until Sept. 6 when Gears 5 releases to know for sure.

Other than map talk, the dev update also talks a bit about ranked play cosmetic rewards, playable multiplayer characters, and other bonus cosmetic content. If that interests you, definitely go give the post a look to see for yourself what you can earn.

Finally, the post also talks about the sunsetting of Gears of War 4. The developers first thank Gears of War 4 fans for their passion of the years and then explain how things are going to change for them.

Ranked play in Gears of War 4 will end in January 2020. The multiplayer playlists will then change to Core and Competitive, which will each feature different types of maps and modes. Quit penalties will also be removed across all games modes.

Events will cease to be a thing and event skins will become craftable. The Coalition is also considering a permanent XP boost but are not yet ready to announce any concrete plans.

That covers this most recent update which should be exciting stuff for hardcore fans, but if you’re interested in hearing a perspective from a relative newcomer, check out G’s preview at Gamescom as he goes hands on with JACK in Horde Mode.