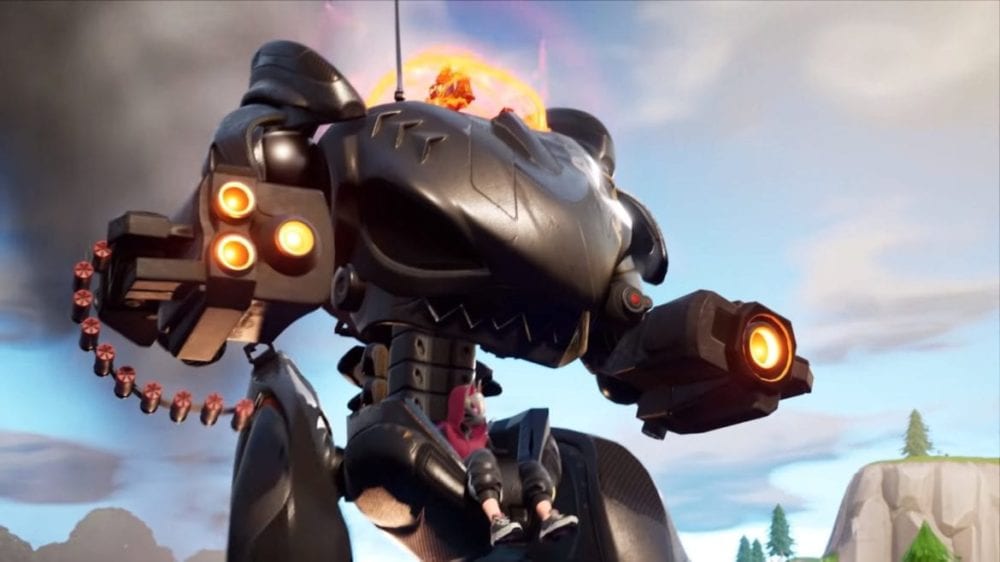 Following weeks of fan backlash, Epic Games has finally released a balance patch for Fortnite’s BRUTE, the large mech that’s been a hot topic since the start of Season X.

The news comes via a post over on the official Fortnite site, which details the extent of the changes to the BRUTE. We’ve included it all down below:

The balances mainly focus on the effectiveness of the BRUTE’s missile barrage, with the maximum amount of rockets fired in a single charge being reduced, the rate at which they’re fired being reduced, and the explosion radius significantly cut down.

Similarly, the general spawn rates of the BRUTE mech across the first three storm phases has been drastically cut down to reduce how many you’re going to stumble upon.

This patch doesn’t just make changes to the mech, but has also temporarily removed the Junk Rift item from Arena playlists due to an audio issue. This will be reintroduced once the issue has been resolved.

This BRUTE balance patch for Fortnite comes just a week after Epic defended the mech’s introduction to the series, claiming it allowed less experienced players a chance of getting more eliminations and winning games.

Fortnite is available on PS4, PC, Xbox One, Nintendo Switch and mobile devices.